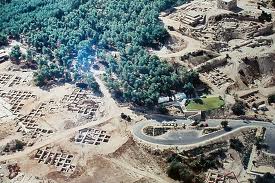 The Talmud says that the town of Zippori, in the Lower Galilee northwest of Nazareth, was so named “because it is perched on the top of a mountain like a bird [zippor].”

Also perched on this picturesque mountain, roughly 1,800 years ago, was the Sanhedrin, the grand rabbinic-judicial council of ancient Israel, whose head, Rabbi Yehudah ha-Nasi, spent his time here redacting the Mishnah, the massive codification of Jewish oral law that is the foundation of the Talmud.

Exiled from Jerusalem in 70 A.D., the Sanhedrin shifted to Yavneh for 60 years, then to Beit She’arim and other spots in the Lower Galilee before settling in Zippori (also known by the Greek name Sepphoris) about 200 CE.

“This place is of tremendous importance in Jewish history,” says our guide, Mike Rogoff, as he leads us up the gentle slopes of the former city, of which only excavated ruins remain. We are surrounded by a gently rolling panorama of fields, olive groves, and more distant hills and towns, including Nazareth.

One wonders what these hills might say if they could speak. The best view is had from the roof of a renovated Crusader watchtower whose walls incorporate some much earlier Roman sarcophagi. 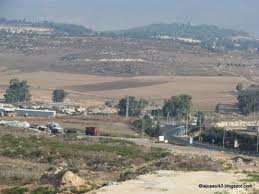 A thriving Jewish town, Zippori submitted peaceably to the Romans during the great Jewish revolt of 66 CE, roughly 130 years before the members of the Sanhedrin found refuge here.

Zippori’s surrender “didn’t endear them to the Jewish world — it left a big gaping hole in the defense of the Galilee,” Rogoff explains. “I think that would tend to hint at the prosperity of the town. It has always been my belief that rich men make poor rebels. They’ve got too much to lose.”

The town was depopulated with Jews and newly-populated with Roman pagans and Christians, but the Jews returned after a generation, and were thenceforth a minority. “These three communities lived side by side, I wouldn’t say in a paradise of relations, but they managed to co-exist somehow.”

On a hillside is the ruin of a moderate-sized Roman theatre that must have been the scene of many ancient games, dramas and other entertainments. Higher up, we pass through a 2nd- or 3rd-century residential quarter under excavation by Duke University; an ancient mikveh or ritual bath leaves no doubt that the inhabitants were Jewish.

The Talmud mentions Zippori many times and records that there were 18 synagogues here when R. Yehudah lived here. Revered as a brilliant Torah luminary, his wealth and authority within the Jewish community were recognized even by the Roman administration, which conferred on him and the rabbinical council a quasi-royal status; hence the title “Nasi” or prince. 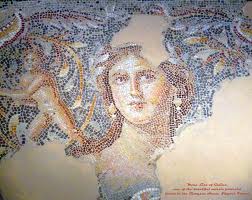 While numerous synagogue sites have been identified at Zippori, only one has been fully excavated. Its central hall has a mosaic floor bearing signs of the zodiac, illustrations related to Temple sacrifices, and Greek and Aramaic inscriptions.

Further up the slope, at an advantageous vantage point, we enter a building protecting Zippori’s most spectacular artifact, known as “the Mona Lisa of the Galilee.”

The well-preserved Roman mosaic was once the floor of a Roman villa, perhaps belonging to the governor. It shows multiple colourful scenes of the life of the Greco-Roman deity Dionysus. Staring out from one outstanding panel is the face of a lady that can put art lovers and archaeologists into raptures.

“Just look at the blush in the cheeks — it’s almost the level of an oil painting,” Rogoff says. “We don’t know who she was: Was she the governor’s wife? His mistress? Some deity? It’s the same kind of dilemma that we had with the Mona Lisa.”

We spend 40 minutes or so regarding the various colourful scenes and reading the curatorial panels about the mosaic, which is an outstanding example of Roman art. A second Zippori mosaic, from the Byzantine era, is also regarded as a masterpiece; its series of panels depicts the “Birth of the Nile.”

Other worthwhile sights here include a colonnaded street, an ancient reservoir and dozens of varied excavations. One could easily spend a half-day or even an entire day here.
But not us, Rogoff says, as he lead us back to the van. “You’ll have to come back another time to see the rest,” he says.

Nobody really minds. It is early Friday afternoon and we are headed for Jerusalem, the proverbial “navel of the world.” ♦