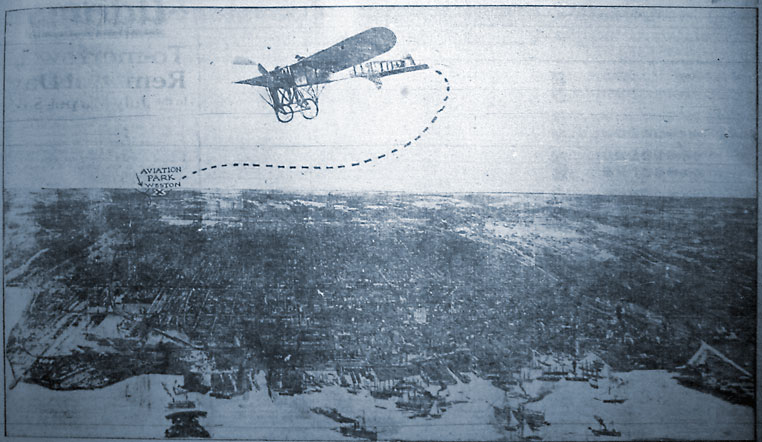 This aerial photograph of Toronto was taken in 1910, when the science of flight was in its infancy.

Note that the pilot is visible in the early biplane, which took off from the Aviation Park in Weston. The photo was obviously taken from a second plane, flying nearby.

This poor reproduction doesn’t reveal much of Toronto beyond the busy harbour, which is revealed from the Eastern Gap to the Western Gap. Not shown, below the bottom of the frame, are the Toronto Islands. The photo appeared in the Toronto Telegram in 1910. ♦ 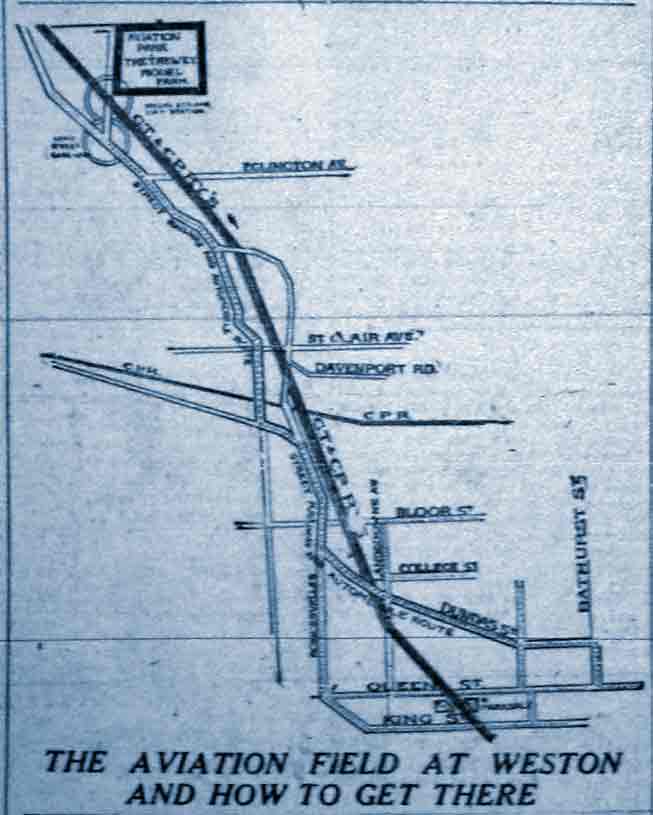 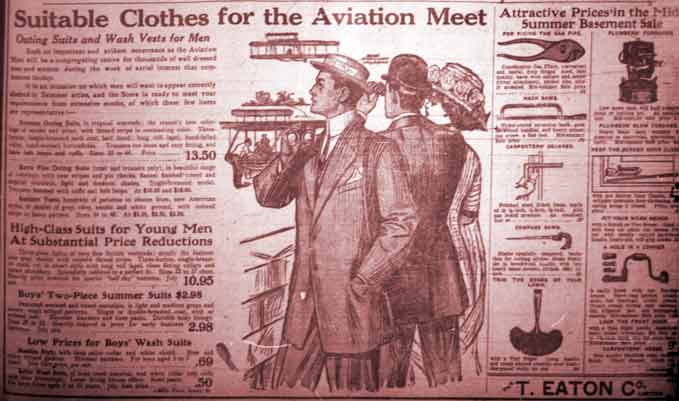