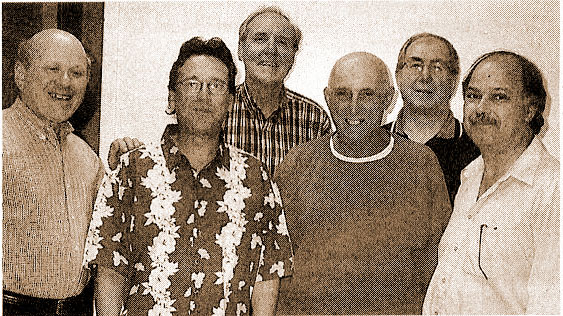 The history of the Sons of Jacob Benevolent Society, which recently entered its 87th year, mirrors the growth and development of the Toronto Jewish community.

The society’s current president, Joe Goren, says the records show that the organization, founded in 1918, was formed “to do good works and [give] charitable donations.” Its first meeting was held in the Zionist Building, then located at 206 Beverley Street.

In 1919, Sons of Jacob formed a ladies auxiliary, and Goren believes it was the first charitable group to do so.

At the time, there were few organizations or agencies to help the rapidly growing Jewish community. The handful of founders of Sons of Jacob recognized the need to provide cemetery plots, to assist the aged, to support what was then called Palestine and to hold meetings to spotlight problems faced by Jews throughout the world.

The society’s first president was H. Brankstone. Apparently, no one remembers what his first name was, for at that time, only initials were used and women went only by their husband’s initials.

Brankstone wrote in the organization’s Silver Jubilee souvenir book in 1943: “Over the past quarter of a century, our organization took an active interest in almost every Jewish problem and with open hand and warm heart helped seek a solution. 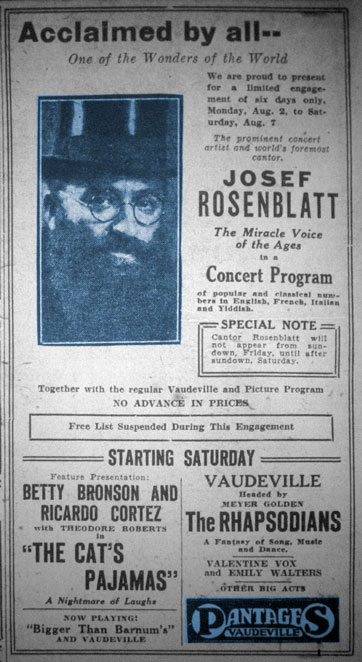 “Amongst the many worthy causes towards which we made contributions, we constantly included the cause of Zionism, the cause of the Talmud Torahs, the Old Folks’ Home and immigration aid.”

The group raised significant amounts of money for many years. For example, in 1919, it brought the well-known Cantor Josef Rosenblatt to Toronto for a fundraiser and had a net profit of $1,000, which was donated to the Palestine Fund, to help European Jews settle in what is now Israel.

Community programs were held throughout the 1930s and 1940s to make people aware of the pogroms against Jews in Romania, the rise of Nazism and other areas of persecution.

In that period, Sons of Jacob was one of the largest organizations in Toronto and the membership was quickly growing.

Sons of Jacob had taken a leading role in the formation of Canadian Jewish Congress and later stepped in to assist the Brunswick Talmud Torah (later the Associated Hebrew Schools of Toronto) when the school faced a financial crisis in 1935.

Throughout the war years, Sons of Jacob continued its efforts to bring people to Palestine and to help the war effort in Canada. They bought war bonds and furnished a room at the Canadian armed forces’ Camp Borden, north of Toronto.

After the war, a number of charitable organizations were formed that took over many of the activities previously undertaken by members of Sons of Jacob. The society’s membership began to decrease as many of its members became active in these other organizations and in the growing number of synagogues in Toronto.

Today, there are 60 members who meet once a month for a Sunday brunch and still hold several socials throughout the year. “We mainly socialize and discuss the distribution of funds,” Goren says. “Some join for the cemetery plots we have on Dawes Road and at Pardes Shalom.

They are anticipating their 90th anniversary, Goren says, adding, “We look forward to our monthly breakfasts for fellowship and fun and we are delighted when new members join Sons of Jacob.” ♦

Originally appeared in the Canadian Jewish News. © 2004 by Cynthia Gasner