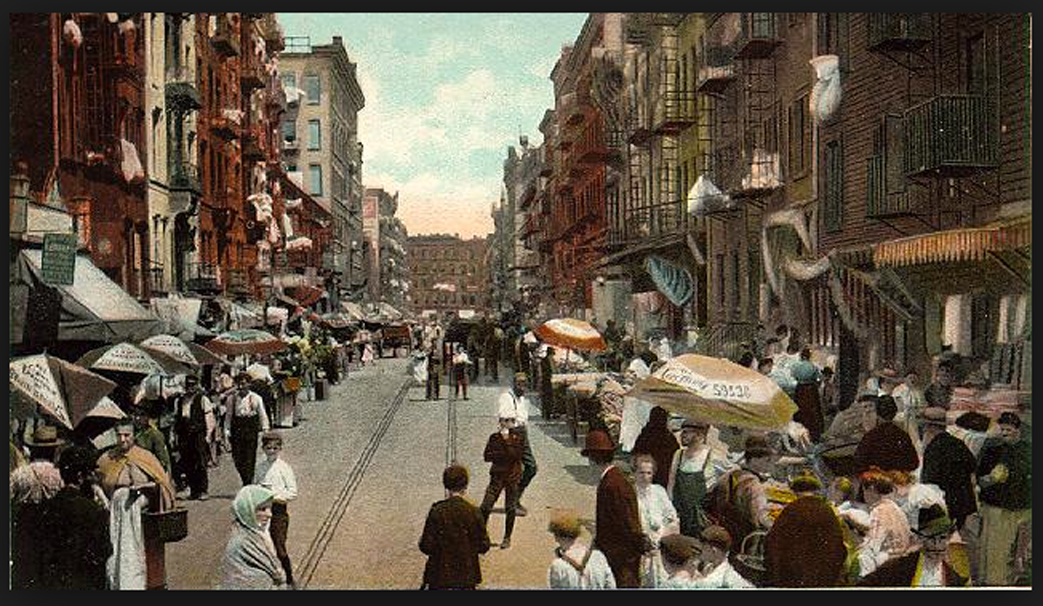 It has been nearly half a century since American literary critics Irving Howe and Leslie Fiedler each cited a remarkable forgotten novel, Henry Roth’s Call It Sleep, during a symposium on “The Most Neglected Books of the Past 25 Years.”

Initially published in 1934, Call It Sleep sold a few thousand copies before sinking into obscurity. But thanks to the belated attentions of enthusiasts like Howe and Fiedler, it was reissued in paperback in 1962 and sold more than a million copies. In The Modern Jewish Canon, Ruth Wisse called it a “classic of disinheritance” and a “shattering epic of immigrant adjustment to the land of opportunity.”

Like a score of other Jewish authors, Roth casts a pessimistic and cynical eye over the Jewish immigrant experience in America. Not so for Yuri Suhl, whose winningly optimistic 1947 novel, One Foot In America, was hailed by the National Jewish Post as “one of the best books ever written about Jewish life in America.”

Suhl’s now-forgotten book enjoyed a brief afterlife in the late 1960s after a new paperback edition proclaimed it “a joyous novel for everyone who read and loved The Chosen.” Then it fell off literary radar screens again and remains sleeping in the dust.

That’s really too bad. I happened upon it in a used bookstore and found it full of old-fashioned Yiddish warmth and the sights, sounds and smells of life in the thriving Jewish ghettos of Brooklyn and the Lower East Side of the early 1920s.

Written in the light-hearted, humourous voice of 14-year-old Shloimele (Sol) Kenner, One Foot in America tells the story of the boy’s arrival in the strange new land with his stern, observant father from the impoverished town of Pedayetz, only a few years after the loss of their mother and wife. 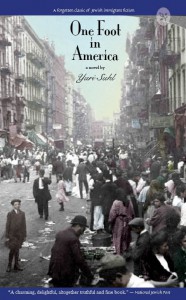 It begins with the third-class crossing from Antwerp to Ellis Island, which Sol experiences alone after his father is detained for two weeks at the dock for medical reasons. Met by his Uncle Feivish at Ellis Island, Sol is soon amazed at the bounty of his relatives’ dinner table: he presumes they are rich. “With each new course, America grew more wonderful in my eyes,” he writes.

Reunited with his father, he describes their greenhorn confusion with comical precision: their dealings with their fellows, their strolls down streets thick with pedestrians and pushcarts, their meals at a local boarding-house, their respective searches for gainful employment. He initially works as a butcher-boy, his father as a peddler, but both go on to higher things.

From his Aunt Molly’s somewhat rude husband Philip, Sol learns an essential creed of modern American life: “Minejerumbizness.” Although an efficiency craze and money-mania has gripped America, the boy avoids being corrupted by the material values his Talmudist father so reviles. But predictably, he ultimately loses his mantle of religious observance in this glittering new land of a thousand distractions.

With at least one of his feet planted firmly in America — Jews always have one foot ready for flight, Sol knows — he puts away his boyish intrigues to pursue romance, but with a young lady who seems more devoted to moving pictures than to him. He also becomes enmeshed in a humourous plot to arrange a meeting between his father and a suitable young widow. The match proves a success and the boy gains a loving stepmother.

If you should happen upon One Foot in America in a library or bookstore, grab it with both hands. This sweet tale about the making of an American is definitely worth reading. ♦

Note: Now and Then Books of Toronto, headed by Bill Gladstone, published Yuri Suhl’s One Foot in America in 2011. To order the book please click here. Also available as Amazon Kindle e-book.