More than 225 descendants of Leib Yehuda and Surah Leah Bossin will come together from across North America, Germany and Israel to celebrate the family’s 100th anniversary in Canada.

Descendants ranging in age from eight months to 90 years old will gather on the weekend of August 20 (2004) at the Nottawasaga Inn in Alliston, Ontario, with the youngest offspring representing the family’s fifth generation.

The first members of the Bossin clan arrived in Canada a century ago, with Zussman Bozzun (later changed to Bossin) as the leader of the pack.

Born in 1866 to Leib Yehuda and Surah Leah Bossin, Zussman left his roots in Brusilov, Ukraine, which was then part of the Russian Empire, and moved to Canada in 1904. At the time of Zussman’s departure, Brusilov was a town of 6,500 people, with Jews making up almost half of its population.

Jews have lived in Brusilov, which is located near Kiev, as far back as 1622. Although they were almost wiped out in the Chmielnicki massacres of 1648 and 1649, the Russian Jews reestablished themselves in the town within 75 years.

When Russia went to war with Japan in 1904, further uprisings against the Russian Jews occurred as a response to the population’s unrest. This threat, along with a desire to avoid conscription, led the Bossin family to search for refuge in a safer country.

Shortly after Zussman settled in Canada, his brother, Mottel, born in 1875, and Mottel’s wife, Malka, followed. Their parents, sisters Chaya Gitel and Dvora Freidel, spouses, children and other family members came as well.

“What a wonderful group we are,” says Gloria Wetzler, chair of the reunion. ”Think of the many immigrant families who arrived in this great country at that time and have since disappeared from the face of the earth. Not us. We are still together and still a close family.” 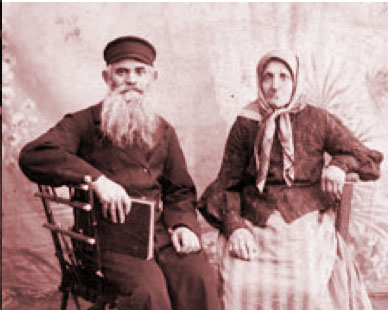 The Bossin family ties were woven over the last century through friendships, Passover seders, Chanukah parties, picnics and other occasions.

A family club was formed in the early 1930s where members met monthly and created a loan group for each other.

To commemorate the family’s 100 years in Canada, Allen Bossin has created a 46-page historical booklet to be distributed at the reunion.

Dating back to the mid 19th century, it depicts the experiences of the Bossins in the shtetl and portrays Russia under a succession of rulers.

Allen’s history reflects the trials, tribulations and successes of the far-reaching branches of his family tree. Credited for initial interviews and research are Bob Rossin, who interviewed the eldest generation of the Bossins in the mid-1970s, and Aubie Bossin, the only surviving son of Mottel, who presented his memories and research at the family’s 80th anniversary.

Allen’s manuscript tracks the Bossins to the present day and lists family members, their parents, place of residence and connection to the children of Leib Yehuda and Surah Leah Bossin.

Reunion committee member Shayndel Tallan, a grandmother of nine, noted that Leib Yehuda and his son Mottel were founders of the Kiever Synagogue, one of the oldest landmarks in Toronto’s Jewish community.

”There are still family members at the Kiever,’ said Tallan. “Looking back, I realize how lucky we are to have kept so close for such a long time.”

Shirley Grossman, a grandmother of four who also sits on the committee, spoke of the closeness between the relatives throughout the year. “There were many children and we had a wonderful and very close-knit family. My children and grandchildren will be at the reunion.”

Grossman said the Bossin grandchildren visited their grandparents’ house every weekend. “MaIka Bossin was a special grandmother who held our family together. And it has continued.

She said the Bossins even have a family website, http://bossincousins.wordpress.com, from which they send out news and announcements.

The reunion will include Saturday morning services, a picnic, banquet, golf game and other special events. Bob Bossin of British Columbia, lead musician of his group Stringband, will also headline a performance. ♦

This article first appeared in the Canadian Jewish News and is reprinted courtesy of the author. © 2004 by Cynthia Gasner