From the Toronto Star Weekly, July 1914 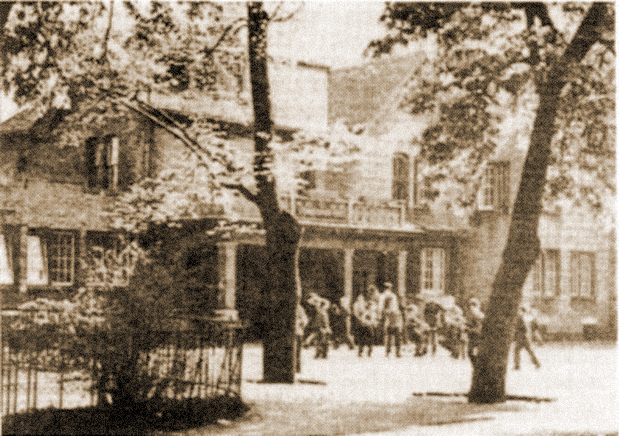 “But is she a dainty cook?”

“No-o; not especially, but an excellent worker.”

“Won’t suit,” declared the settlement superintendent. “The children must have dainty dishes.”

“Why, the neighbourhood children for our summer camp.”

Elegance and simplicity are the aim in every settlement banquet, where favours, menu-cards, table service, and speeches rival the victuals in fine taste. The scantiness of flowers to brighten the living-rom and of books for the reading-room is regretted almost as much as the funds and volunteer help so bitterly needed by the smaller settlements.

In the softening of class distinctions and in the Canadianizing of all citizens lies the hope of our democracy. A settlement, be it remembered, is a community’s social centre, and has not the faintest analogy to a mission. To disguise its eminently Christian inspiration would, of course, strip it of personality, but it aims, like the ancient monastery, to live, and to preach, Christianity.

It is a milk depot, a dispensary, a cooking school, a drill hall, and a seminary all rolled into one. One Toronto settlement glories in a glee club, a dramatic club, a matriculation class, a social democratic society, and a junior suffrage association. Not only medical students, but prominent physicians, give a few hours weekly to the evening clinics, while sufferers confined to their homes are visited by the settlement nurse, who likewise regulates the quantity and kind of infants’ milk supplied by the Sick Children’s Hospital for the daily sale.

At the neighbourhood concerts truly marvelous exhibitions of folk-dances and gymnastic feats are given. Many women do not leave their homes except for mothers’ meetings, at which they have to officiate themselves and in accordance with strict parliamentary procedure. They there meet women of different types, gain new ideas, and often learn to think independently, besides becoming skilled in needlework, basket-making, hygiene and English.

“To understand and sympathetically to interpret the neighbourhood and its needs to the city and the city to the neighbourhood” is the motto of University Settlement. It has been remarked that the revelation through a telescope of millions of strange planets, or the visit to a museum or zoological garden, by seemingly transporting one to a different world, is in every sense of the word a broadening of the mind. In like manner, familiarity with new economic conditions, a new standard of living, a totally new way of looking at things, and a new class of society is of educative value.

Settlements are immensely popular with boys. In certain foreign districts the swarms of children on step and street suggest a Hebrew prolific status rivaling French Canada. The phenomenon is explained by the fact that owing to the still scandalous height of rents, most houses must accommodate two to four families. No child will stay cooped in a dwelling the front room of which must serve as bedroom, while meals are consumed in the position of most street-car passengers. 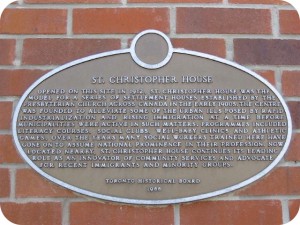 His healthy curiosity, which would otherwise seek satisfaction on the streets and at the picture shows, is attracted by the good-fellowship of the settlement, where he meets with a courtesy and gentleness not always forgotten. Thus a little fellow in the playground was overheard exclaiming, “Say, do you know what I heard? you can’t say ‘I’ll kill you!’ at the summer camp. ‘I’ll kill you!’ Just think of it! You can’t say that!’”

But the supreme merit in the boy’s eyes of such a settlement as Saint Christopher House is the fact that, though utterly down and out, he can still count on his settlement friends to stick to him through thick and thin. Intensely he feels what the learned theoretically know, that the possession of friends that really care, is the one pearl of life.

Tenderness, which at present distinguishes woman from man, fits her peculiarly for just such service. The absurdly small salary for settlement work is perhaps more than compensated for by the great human interest of the work.

The attempt to assimilate the foreigner in a city is almost as profitable as the pouring of cream into a bottomless jug. The task has apparently proved impossible in the United States. Thirty years ago 70 per cent of its immigrants were rural-loving Anglo-Saxons. Today 70 per cent are city-loving Slavs and Southern Europeans. In a village or in the country a foreigner is soon assimilated.

In the city he seeks people of his own race, who are content to live unto themselves with their own language and customs. Already in Toronto we have our ghettoes, our Little Italys, even our Little Chinas. We have not even the satisfaction of giving relief to over-populated countries of the Old World, for they soon bring up their members to the old standard of living.

On this side of the ocean we face the disconcerting conviction of American economists, that their foreign population has not been superadded to the native, but has merely taken the place of those American children that would have been born had no foreigners darkened their shores. That is to say, the foreigner both pulls down the wage of the American because of his own low standard of living and he considers children a financial asset. The American, on the other hand, restricts the size of his family that he may give it the advantages and education that he himself received. Hence the deplorable increase of foreign and decrease of native population. Only stricter immigration laws can prevent the same fate for Canada. ♦