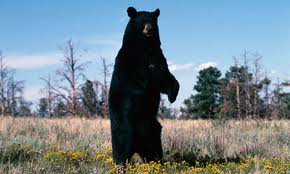 Last winter (2003), it was my pleasure to travel through the Canadian Rockies in the company of a wonderful guide, Ian Hipkins. A transplanted Montrealer, Hipkins has lived around the mountains of Alberta for nearly 20 years, and has climbed nearly every Canadian peak between Calgary and the Pacific.

One clear crisp morning, we set out early from the Banff Springs Hotel for the drive up the Icefield Parkway to Jasper, normally a three-and-a-half hour ride. There are many who say that no more exquisite stretch of mountain scenery can be found anywhere in the world.

Being an Easterner, I was entranced by the continually unfolding panorama of peaks, painted in the tranquil shades of morning; and by the slender lodgepole pines and firs along the snowy ribbon of road. The drive was going smoothly until, passing through the Columbia Icefields, we reached the section of highway known as the Big Bend.

There we encountered a Parks official who was erecting a barricade and a sign: “Road closed due to avalanche control.” Somewhere a bit further on, he said, a work crew was about to shoot down a dangerously snow-laden slope with a Howitzer 105mm cannon, an operation that might last as long as an hour.

We got out of the van and walked back to a section of the mountain known as the Weeping Wall because of the waters that pour down its immense and nearly vertical height in summer.

Warmed by sunlight, several tiny avalanches descended down the rock-face. After a few minutes, a larger cascade caused a delicate, diaphanous veil of white powder to rise gently in the still air.

Walking further, I asked Ian to identify some animal tracks in the snow. He said they most likely belonged to a fox. In his treks through the backwoods, he has encountered even the rarest species of indigenous wildlife. Once, he said, he had to stop his car for a mother lynx and her five cubs as they straggling across a remote northern road. I questioned him about some of his other animal encounters, and he was soon advising me not to panic if ever confronted with a charging grizzly bear in the wild.

“You’ve got to remember — the main reason a grizzly charges is because he’s short-sighted and needs to get a closer look at you, that’s all,” he assured me. “He’s just being curious about his territory. One time, I was with a group of five or six campers, and we had just climbed above the tree-line, and there was nothing around us but scree — bits of broken rock from the mountain — and all of a sudden I spotted a grizzly bear charging toward us from about 100 or 150 feet away. I just had time to say, ‘Nobody make any sudden moves and whatever you do, don’t run. There’s a grizzly bear coming toward us. Just stand there in a tight circle and hold your ground.’

“And I, as the leader, stood slightly off to one side — someone the bear would instinctively recognize as the protector of the group. The bear came right up to us, stopped, sniffed at us, shook its great big head, and walked away. Its curiosity had been satisfied.”

Another time, Hipkins and about seven companions spotted a pair of wolverines performing a rarely-seen mating ritual. “They were standing on their hind legs, facing each other and jumping back and forth, pushing their forepaws into each other. We spotted them while still quite some distance away, and the wind was with us. We advanced quietly through a hollow to a ridge, over which the wolverines were dancing, engaged in this mating ritual, quite oblivious of our presence. 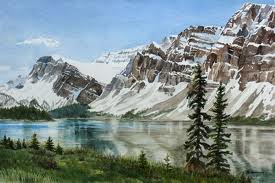 “Unfortunately, in my stupefaction, I stood up, and the wolverines spotted me. At that instant the female began running in the opposite direction, away from us, and the male began running toward us. Are you aware of how vicious the wolverine is? It’s considered one of the most deadly of animals. So, with this wolverine approaching, I said, ‘Quick, everybody, get up — now!’ and everyone rose from their position behind the ridge.

“Have you ever seen those cartoons on television where an animal is pedalling backwards in an attempt to stop suddenly? It was like that. The wolverine was willing to attack if there was just one person — but seven? That was too great a risk. Still, it didn’t just turn tail and retreat. It made a few gestures towards us, and then loped off at its leisure.”

We had heard a brief, distant thunder, which we took to be the noise of the man-made avalanche, followed by the faint echoing sound of snow-plows at work. Soon thereafter, the Parks official signalled that the road would be open again soon.

But instead of walking back to the van, Ian pointed to a clearing beyond a stand of pines, where about six or seven elk were quietly grazing. They didn’t seem to mind as we approached; Ian explained that they like it best when a frontal approach is made, and even better if the animal doing the approaching is chewing its cud: he showed me how adept he is at this. We spent several minutes among the elk before returning to the van.

On the way up to Jasper, Ian told me that he once crawled into a herd of mountain goats and stayed with them for hours, lying on his belly with a camera, and chewing his cud so the animals presumed he was a harmless grazer, just like them. ♦