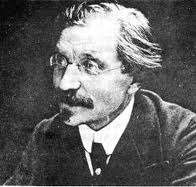 As if paying respects to a beloved head of state, a vast crowd exceeding 100,000 in number lined the route of the funeral procession for Sholom Aleichem when he died at age 57 in New York City in May 1916, just over 80 years ago.

Among Yiddish writers, Sholem Aleichem ranked among the three most talented interpreters of the Jewish soul, along with Mendele Mocher Sforim and Y.L. Peretz. But thanks largely to the enduring success of the 30-year-old stage musical Fiddler On The Roof, his literary creations are perhaps the best known today, enjoyed by audiences around the world even though he was supposedly the most untranslatable of writers.

Born Sholem Rabinowitz in Pereyaslav, Poltava in 1859, Sholem Aleichem was the Dickens of the Jewish world, drawing colourful literary portraits of the little people, the ordinary folk torn between time-honoured tradition and the usually bitter winds of change. His most famous character is Tevyeh the Dairyman, a simple small-town Jew who misquotes scriptures even in his one-sided conversations with God, and is forced to part with tradition when his seven daughters (five in the play) reject the matchmaker’s advice in favour of their own.

As Sholem Aleichem’s own daughter has revealed, the model for Tevyeh was a small dark man of the same name and profession who delivered milk, butter, cheese and sour cream to them weekly. “My father loved to talk to him,” Marie Goldberg wrote. “He was immensely amused by the little man’s Hebrew quotations. . . .

“Even if Father was writing at the moment, he would leave everything to greet Tevyeh. The latter would carefully put his stuff on the table, wipe his hand on the bottom of his capotteh and shake hands with Father. Their conversations would be long and most satisfying to my father.

“Some years later Tevyeh came to complain to my grandmother one day that people laughed at him because my father wrote about him in the papers. My grandmother reassured him, and he believed her. But we never saw Tevyeh again.”

A combination of Job and Don Quixote, Tevyeh likewise seems steeped in both satire and tragedy. “There is nothing funny about Tevyeh the dairyman as a character, and nothing funny ever happens to him,” writer Maurice Samuel observed. “What Tevyeh does is to turn the tables on tragedy by a verbal ingenuity; life gets the better of him, but he gets the better of the argument. Then we laugh with him to encourage him — and ourselves.”

Another much-beloved character of Sholem Aleichem is Menachem-Mendel, stockbroker and goodhearted schlemiel who never ceases to build castles in the air; his wife is the devoted and scolding Sheineh-Sheindl. Through such simple gentle souls, Sholem Aleichem derived much common wit and wisdom, and somehow captured the fatalistic attitude prevalent in the backward and beleaguered shtetls of Russia before the close of the last century.

Sholem Aleichem was a champion of the ordinary folk and they loved him for it. His will stipulated that he was to be buried “not among aristocrats, men of high lineage, or men of great wealth, but among common Jewish workingmen, with just ordinary folk.” Accordingly, he was buried in the Arbeiter Ring cemetery in Brooklyn. ♦