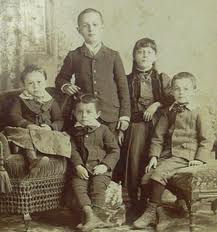 Tombstone carvers often symbolically represent a life cut tragically short, as when a child dies, by a cemetery monument in the shape of a truncated tree trunk. This motif is sometimes also used among Jewish genealogists when drawing charts of families cut down in the Holocaust; shoots are shown growing from the severed trunk when a branch of the family survived into the postwar era.

Genealogists who focus on Holocaust research are often driven by an imperative need to retrieve the lost names and identities of relatives who perished. As the late Emil Fackenheim famously observed, we are commanded not to hand a posthumous victory to Hitler by forgetting. Thus, for many of us, genealogy is a mission as well as a hobby.

Over the last decade, the myth that all Jewish records were destroyed when the Jewish communities were wiped out has given way to the realization that many records are still extant. The Germans excelled at keeping paper records, and much source material has been generated by survivors and others. Herewith, a sampling of resources:

Yad Vashem, the Jerusalem-based Holocaust museum, having collected Pages of Testimony from survivors and their families for nearly half a century, has amassed between two and three million distinct names of the six million that perished. Each page details names of parents, spouse and children, birth and death dates and places, and information about the submitter.

Yad Vashem has introduced a system to make the pages accessible by internet; visit their website at www.yad vashem.org.il. This is an extraodinary database consisting of some three million documents such as Pages of Testimony, lists of ghetto residents (i.e. Lodz) and deportation lists. Its microfilmed records from the International Tracing Service of the International Red Cross are also useful.

Archives at Auschwitz, Warsaw Ghetto and other Holocaust-related sites have files on inmates or residents. The Gedenkbuch (Koblenz, 1986) gives the names of 128,000 German Jews who perished, while the Memorial to the Jews Deported from France (Serge Klarsfeld, 1983) lists 70,000 Jews deported from France to concentration camps; a companion volume exists for Belgium. Some years ago, a group of survivors published a 5-volume list of about 130,000 residents of the former Lodz Ghetto; Toronto’s Robarts Library is one of about 10 institutions worldwide to have a copy.

Like the Jewish Public Library in Montreal and numerous American university libraries, Robarts also has an excellent collection of yizkor books. Once dismissed by an eminent scholar as “tombstones, not books,” yizkor books are published histories of Jewish communities in Eastern Europe and Russia that each memorialize a town or region and its martyrs; more than 800 have been published. They typically offer descriptions, usually in Hebrew and/or Yiddish, of the town’s history, culture, institutions and rabbis, and a necrology of Holocaust victims.

From A Ruined Garden: The Memorial Books of Polish Jewry (edited by Kugelmass and Boyarin), offers about 60 excerpts in translation; for others, see the Yizkor Book Registry of Jewish Gen (www.jewishgen.org). The Encyclopedia Judaica offers good thumbnail sketches of many destroyed Jewish communities; a growing library of Holocaust memoirs, as well as the Spielberg Foundation’s videotaped interviews with survivors, are also important resources.

The U.S. Holocaust Memorial Museum in Washington (202-488 0400, www.ushmm. org) has an extensive library and archives of Holocaust research material. The museum also maintains the Registry of Jewish Holocaust Survivors, a listing of more than 170,000 survivors and their children in the United States and Canada.

These are just some of the many resources available. For more detailed summaries, see Gary Mokotoff’s How to Document Victims and Locate Survivors of the Holocaust (Avotaynu, 1995) or visit the JewishGen website, www.jewishgen.org. ♦