American comedian Gilbert Gottfried, whose most celebrated role was the voice of the parrot in the Disney movie Aladdin, brought his quirky brand of stand-up humor to Canada recently (1997) for two sold-out shows at Yuk Yuk’s Comedy Superclub as part of the Toronto Comedy Festival.

Gottfried responds to the audience’s welcoming applause by pleading with his listeners not to get out of control “because you’ll poke someone’s eye out.” Thus begins an hour-long stream-of-consciousness comic monologue that is devastatingly funny, occasionally shocking and perhaps even irredeemably tasteless at times.

Gottfried squints through most of his set, hardly seeming to notice the audience. When not struggling contortedly with the microphone stand, he holds his head with two hands as if gripped by a migraine. His stage persona is that of the quintessential nerd, monumentally insensitive and neurotic as he compulsively pokes fun at sacred cows.

For instance, he explains that while it’s possible to feed a starving family in the Third World for just 25 cents a week, “I’d rather have a quarter for laundry — I’d rather let your family starve to death so I can have clean socks.”

He jokes about the survivors of a plane crash in the Andes who resorted to cannibalism to stay alive, about people with bladder-control problems, about the mass suicides within the Jim Jones cult, about mass murderers like Charles Manson and John Wayne Gacy, about Hitler and the Holocaust. 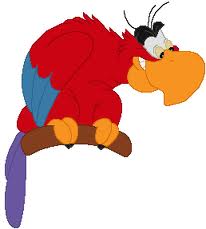 Asked once what goes through his mind when he’s on stage, Gottfried replied, “Everything. The Holocaust … my laundry … whether waxed or unwaxed dental floss is better … whether the mint flavor on toothpicks is poisonous … how many bristles are in a hairbrush.”

Although it is disconcerting to hear mundane subjects discussed between references to genocide, there seems to be method to Gottfried’s madness. A child of survivors, he seems to be saying that the Holocaust and other atrocities of this century, besides brutalizing millions of victims, have desensitized the rest of us into a callous numbness.

Strangely, his monologue is peppered with references to things that occurred 25 years ago or more, including the moon landing, the movie Planet Of The Apes and the TV show Hogan’s Heroes. Modern references — such as the following — pop up only infrequently: “I was so happy that O.J. has the kids now,” he announces, with typical razor-sharp irony. “I think he’ll be a good father. If you have O.J. as a father, when he tells you to do your homework, you do it.”

The Jews are a favorite sacred cow of Gottfried’s. For instance, he satirizes the way “Jews have to announce everything. If you’re Jewish, you can’t keep anything in your head. If you drink a glass of water, you say, ‘Oh, this is good water. Before I was thirsty, but now I’m not.’ You could put a Jew in the desert, all alone. He’d say, ‘Gee, it’s hot in here. Look at all this sand! Who needs so much sand?'”

There’s more than something nerdish about the way Gottfried repeatedly grips his head. The pose evokes an hysteria reminiscent of the figure in The Scream, the famous Edward Munch drawing now in Toronto. With his rich trademark voice, Gottfried tramples on our deepest fears and sensitivities as he delivers stand-up comedy for the post-Holocaust era. ♦