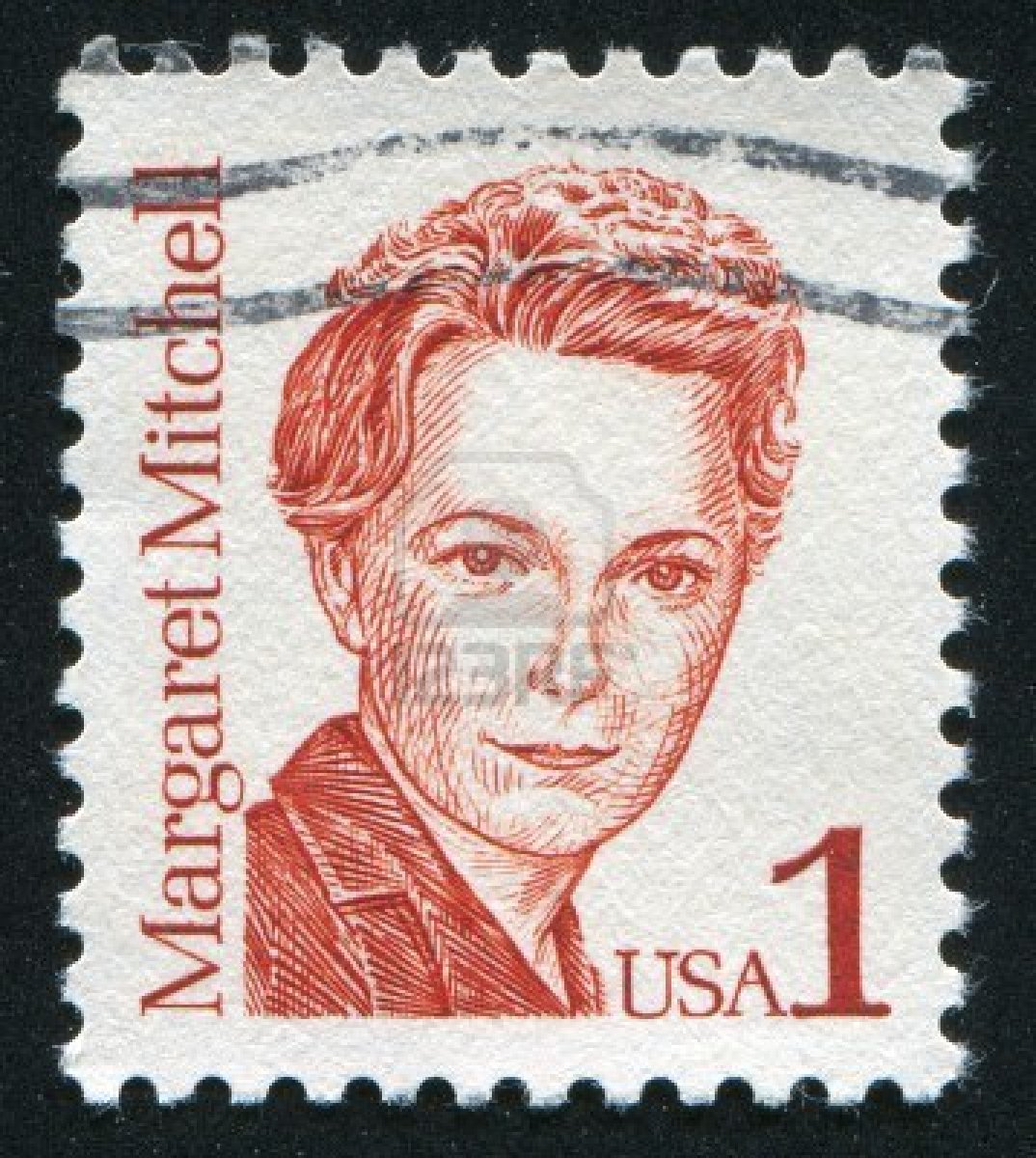 Timorous and untested as an author, Margaret Mitchell persuaded herself during her seven-year literary labour that the manuscript she was working on was so terrible it would never be printed.

Like a woman enceinte but too modest or superstitious to tell anyone, she kept the project a secret from friends and acquaintances. Only her husband knew that she spent most of her days at a second-hand typewriter in the living-room of their Atlanta flat, ambitiously producing chapter after chapter of a larger-than-life, romantic tale of the American South during the Civil War and Reconstruction eras. (Each chapter underwent its own sort of reconstruction: Mitchell revised most of them at least a dozen times.)

When visitors called, she stuffed the loose pages into envelopes, squirreled the envelopes into every available nook and cranny, then hid the ungainly piles beneath towels. She could not in her wildest dreams have imagined that her huge untameable manuscript would become the publishing sensation of 1936 and one of the most celebrated novels of the century; the Uncle Tom’s Cabin of its day and more. A beloved American classic made even more famous by Hollywood, Gone With The Wind has sold more than 38 million copies to date in scores of editions and languages.

Margaret Mitchell (1900-1949) is remembered as the archetypical “kitchen-table” writer whose success was of such grand and mythic proportions that it outdid even the extravagant scope of her story-telling. Ironically, it was with profuse apologies that she delivered her clumsily-bundled manuscript to a literary scout touring the South for MacMillan, a New York publishing house. Reading it on the train, he became ecstatic, vowing that the masterpiece of historical fiction, which approached the Civil War from a women’s perspective, would lead the company’s next season.

Given Mitchell’s extraordinary talent, it seems unlikely that an editor would question any literary device of hers (to paraphrase Melanie Wilkes). But two basic elements of her artistry seemed questionable. First, she had chosen a peculiar name — Pansie O’Hara — for her brash heroine; and she was adamant that it stay. She offered Scarlett as an alternative only after being delicately informed of the precise meaning of pansie as New York slang.

A more serious problem was her chosen title: “Baa, Baa, Blacksheep.” (She knew it wasn’t great, but her imagination had gone dry.) Asked for a suitable alternate, she proposed “Tomorrow Is Another Day” but the publisher rejected that as well. Nothing else seemed appropriate. Prepared to supply a title if Mitchell couldn’t, MacMillan waited until the last minute. The night before the presses were due to run, she and her husband burned the midnight oil, feverishly considering possibilities. Flipping through a book of Victorian poetry, she seized upon the phrase “Gone With The Wind” — not recalling that it also occurs in the middle of her own book, as Scarlett returns to Tara by moonlight and her horse falls dead at her feet.

Weeks before GWTW was due to arrive in bookstores, word of mouth had set the publishing world aflame with a fire bigger than the memorable conflagration that consumed Atlanta. The first print run, pegged optimistically at 10,000, proved massively inadequate. The presses churned out a thousand times that number and still could not satisfy the public ardour for the book.

Reviews were generally highly favourable, and some wildly enthusiastic. Mitchell’s opus was “the best Civil War novel that has yet been written,” crowed the New York Times. Penned critic Henry Steele Commager: “It is dramatic; even melodramatic; it is romantic and occasionally sentimental; it brazenly employs all of the trappings of the old-fashioned Southern romance, but it rises triumphantly over this material and becomes, if not a work of art, a dramatic re-creation of life itself.”

Few readers understood that GWTW was, in many ways, a re-creation of Mitchell’s own life, superimposed over a Civil War tapestry. In 1918, she fell in love with Lt. Clifford Henry, a New York army recruit briefly stationed in Atlanta, who felt more attached to the slower, deeper values of the previous age than to his own fast-paced era. The two became engaged. A few months later, while Mitchell was at college in Massachusetts, she received a telegram that Henry had died in France. She never stopped loving him, and he became the model for Ashley Wilkes.

Another telegram in 1919 summoned her back to Atlanta: her mother had caught the Spanish influenza. No one met her at the station. She raced home where her father greeted her, unshaven and disheveled, his eyes glazed over. “Where is mother?” He indicated a room and said she was sleeping. She entered to find her mother dead. Her father, like Scarlett’s in similar circumstances, had gone insane with grief.

The next year Mitchell attended a costume party in an historically accurate antebellum dress — a dowdy black gown — and hid in a corner, shamed by the prettier and more colorful dresses around her. To her rescue came Red Upshaw, a football hero chosen to lead the first dance, who publicly insisted on dancing with her. The incident inspired the Confederate ball scene in GWTW, where Rhett Butler bids a small fortune to dance with Scarlett, despite her widow’s garb. Mitchell endured a brief, bad marriage to Upshaw, who ultimately left her in a memorable way: by packing his bags and walking off into a thick Atlanta fog — as Rhett would leave Scarlett. (Mitchell’s second husband, a Kentuckian named John Marsh, had a record case of hiccups — 43 days — which ceased the day she consented to marry him.)

Mitchell grew up hearing Civil War stories on the knees of grizzled veterans. Her mother had shown her the weathered mansions along the old road to Atlanta, some still standing and others in ruins, and lectured her on the importance of a fighting spirit to one’s survival. That became the theme of her book. “What makes some people able to come through catastrophes and others, apparently just as able, strong, and brave, go under?” she wrote in a short autobiographical essay in 1936. “ …What was it that made some of our Southern people able to come through a War; a Reconstruction; and a complete wrecking of the social and economic system? I don’t know. I only know that the survivors used to call that quality ‘gumption.’ So I wrote about the people who had gumption and the people who didn’t.”

The runaway success of Gone With The Wind as a book and then a movie ruined Mitchell, or so she claimed, and she never wrote another thing. Like Scarlett, she took to drinking secretly. She was killed in 1949 while crossing the street, the victim of a drunk driver: she had been on her way to a movie theatre. While she may not have survived her own success, her book stands as a literary colossus bestride the century — a brash, beloved pop icon full of that glorious commodity she called “gumption.” ♦