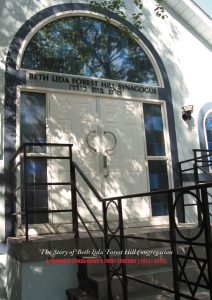 Note: In 2012, Beth Lida commissioned Bill Gladstone to write a detailed history of the congregation since its founding in 1912. While the 44-page booklet is now out of print, it is still available in PDF format, and easily downloadable for free from the link below. 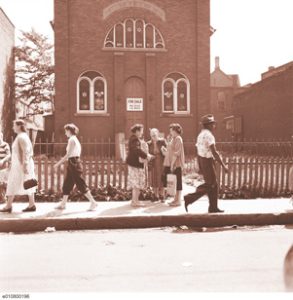 In Toronto, as in many cities in Canada and the United States, thousands of Jewish immigrants from Eastern Europe arrived in the early part of the twentieth century.

Many settled into the working-class neighbourhood of the Ward and worked as peddlers, tailors, blacksmiths, merchants, tinsmiths and labourers. Feeling a need to stick close to their “landsmen” from the Old Country, many joined or helped form scores of synagogues and landsmanshaft societies devoted to particular towns or regions.

One group of immigrants from the town of Lida established Congregation Shearith Israel Anshei Lida in 1912. This booklet, commissioned by the Beth Lida Forest Hill Congregation, tells the story of the congregation’s first 100 years, from its inception in 1912 until its centenary celebration in 2012 . . . .