One century ago this summer (2022), the Canadian Zionist Convention drew delegates to Ottawa from all parts of Canada. As the Shanghai-China-based newspaper Israel’s Messenger reported, a keynote speech was given by our prime minister, MacKenzie King.

“The address of Premier King has created a deep impression,” the newspaper reported. “It was punctuated with bursts of loud applause. The ovation given him was unparalleled in the history of the Convention.

“Mr King who was introduced to the Conference by the Jewish member of the Canadian House of Commons, Mr. Jacobs, said that a nation composed of people from all quarters of the globe had a wider outlook than nations not so composed. The Jews were probably the most ancient nation in the world, and they must be congratulated on their achievements for humanity. Every good citizen would understand the desire for the Jewish Homeland. . . . ”

The full article, from the Israel’s Messenger of September 8, 1922, appears below. ♦ 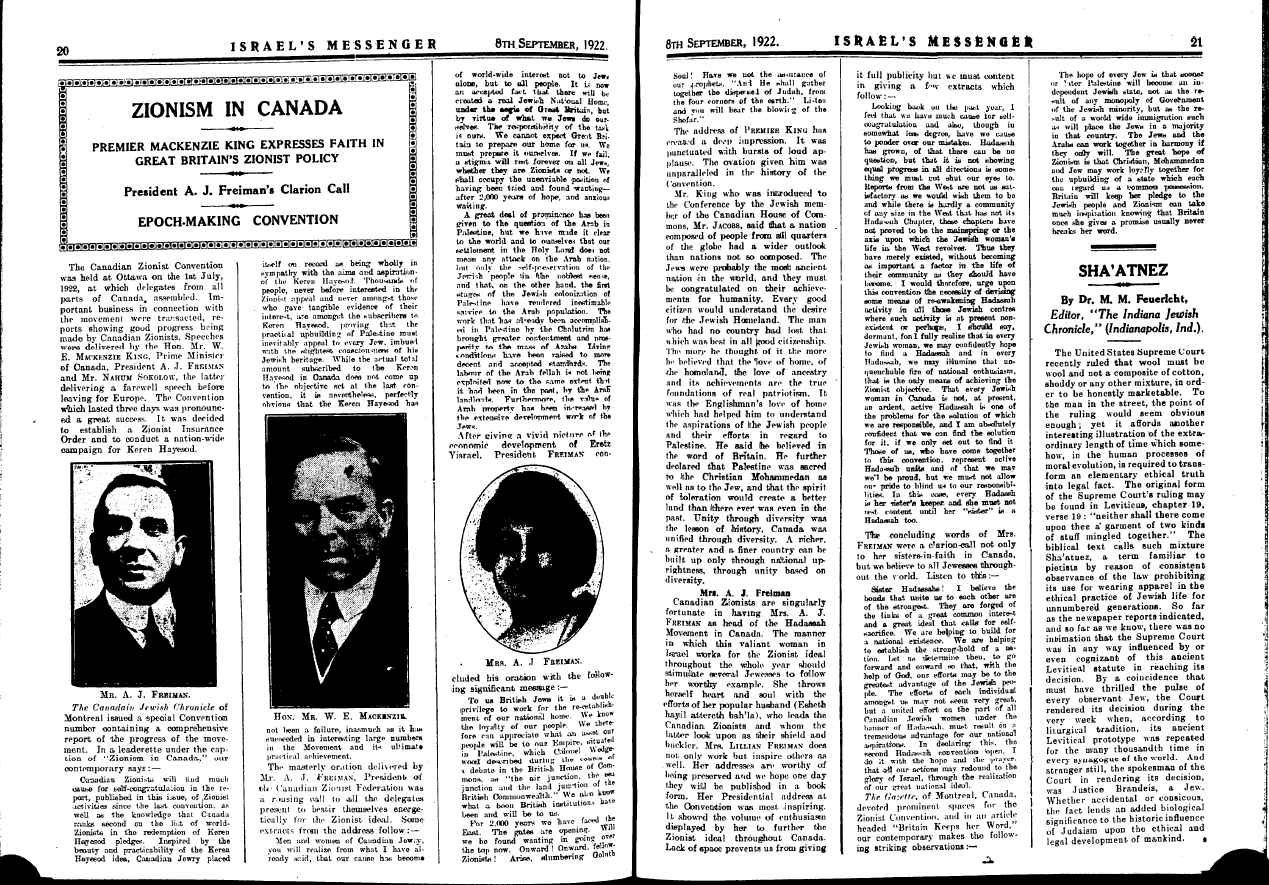