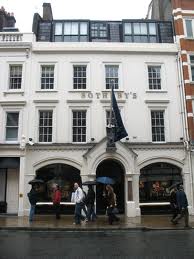 Inside a large public room at Sotheby’s, the famous auction house on New Bond Street in Central London, workers are painstakingly reconstructing another room: an Islamic-style chamber that has been disassembled and shipped here from an Arabian palace.

Having once graced the ancestral home of an anonymous sheik, the wood-carved ceiling, walls and floor of the room are ornately painted and gilded, and may fetch millions of dollars at auction, according to Simon de Burton, a Sotheby’s spokesperson. “In the past year we’ve had a huge demand for these Arabian rooms, and they’ve done very well,” he says.

Over its long history, Sotheby’s has sold the possessions of many pashas and princes. One of the most prestigious and eagerly-awaited Sotheby’s auctions in years takes place April 23 to 26 in New York, when more than 4,000 pieces of art, furniture, jewelry and other objects that once belonged to Jacqueline Kennedy Onassis, the former U.S. first lady, are put onto the auction block.

However, the world’s largest auction house caters primarily to the common masses. Its central headquarters is usually a busy place, with throngs of people coming through the doors daily to have their valuable heirlooms appraised, and, if they are worth above the minimum value of £200 (C$440), to consign them to one of Sotheby’s famous auctions. Hundreds of others arrive to inspect rare treasures before an auction, then return to bid on them. Some 250 auctions are held here annually.

A young man enters the premises and produces a six-inch terracotta figurine from his knapsack. Dating from the second Assyrian dynasty of roughly 3,000 years ago, the piece may be quite valuable, and the man agrees to leave it overnight so that one of Sotheby’s 250 experts may appraise its worth. In other areas of the sprawling old building, appraisers examine antique books, carpets, paintings, jewellery, silver and other items that people bring in from the street. Some people drive up with large pieces of furniture in the car, and the experts go outside and have a look.

Sotheby’s has identified more than 70 collecting categories, and most of its experts are knowledgeable in at least one. By seeing such a vast quantity of material, they acquire an proficiency that surpasses that of most museum curators. As de Burton points out, a curator might be in charge of a static collection of 500 pieces, whereas a Sotheby’s expert might see that many pieces in a week. 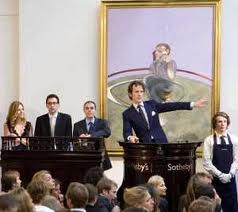 The famous auction house, which recently marked its 250th year, was started by an 18th-century London bookseller, Samuel Baker, who arranged auctions of whole libraries. The first such sale, in 1744, fetched the grand sum of £826. London, the focus of a vast empire, became the auction centre of the world after multitudes of British subjects travelled to the four corners of the earth, then returned with valuable and exotic artifacts.

When Sotheby’s accepts an item for auction, it attempts to sell it where the market is strongest. For example, a piece of English silver that comes into its Toronto office would be sold in London, while a Ming vase would be sent to Hong Kong, the centre of the Chinese art market. “We always try to get the best possible price for the seller,” de Burton says.

After selling goods valued at more than US $1.3 billion in 1994, the auction house reported dramatic rises in the value of Old Master paintings, which increased 67%, and American furniture and folk art, which more than doubled. Record-setting highlights of 1994 included the sale of an autographed Schumann manuscript for $2.3 million, the sale of an emerald-cut blue diamond (20.17 carats) for $9.9 million, and the sale of La Minotauromachie, a Picasso print, for $784,150.