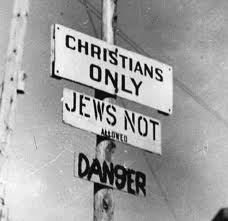 The 85 per cent of the companies, which have given assurance that there will be no discrimination, underwrite 83.32 per cent of the business. Other companies will be compelled to fall in line with them in order to compete, it is stated.

“I have been directed to inquire into the unfair discrimination alleged and to report to the government,” Mr. Foster’s questionnaire said in part. “In the hope that a formal inquiry could be avoided I invited a small group of representative managers to meet Mr. Singer and me in my office to discuss the matter. The group included Messrs. W. H. Burgess, A. E. Kirkpatrick, L. C. Evans, H. W. Falconer and H. L. Kearns.

“The consensus at the meeting was that the half dozen companies which had written letters were not fairly representative of the business.”

From the replies received, Mr. Singer stated, Mr. Foster had made a report to the attorney-general in which it was stated that the companies which had replied that they were prepared to consider applications for insurance from Jews on exactly the same terms as those received from Gentiles had handled $7,855,161 of the 1929 total of insurance underwritten, which was $9,438,376.

Announcing the results last night, Mr. Singer stated: “Needless to say I am very gratified with the results of the conferences and questionnaires shown by the report of Mr. Foster. I have always been at a loss to understand how intelligent business men could permit racial or any other prejudice to influence them in their relations with others, especially in this country.” ♦