Florence Hutner, who guided the United Jewish Welfare Fund through problem-filled war and postwar years as its executive director in the 1940s and beyond, died January 6 [1992] at Baycrest Hospital at the age of eighty-four.

She was the first woman to head a major Jewish organization in Canada.

Though she retired from this post in 1964, after more than twenty years, she kept active in Jewish affairs as the executive secretary of the joint committee on community organizations of the Canadian Jewish Congress and the Canadian committee of the Council of Jewish Federations.

She did not marry until 1974 when she was sixty-seven. In that year she married Arthur Rosichan, a widower, who was her counterpart in Montreal, and who predeceased her. They operated bookstores in Coral Gables and Miami after retiring from their jobs in Canada.

Hutner moved back to Toronto three years ago following her husband’s death, and suffered a stroke about a year ago.

She was born in New York in 1907. Her father, Herman, had been one of the original pioneers in Palestine. Her mother was the former Pauline Cooper. When the family moved to Toronto, Hutner’s father was associated with the Cooper Cap Company.

She graduated from the University of Toronto with a BA in the late 1920s, received an MA in English from Columbia University and took a one-year course in social work in Chicago.

“She was tremendously admired by all professionals in the field,” said Ben Kayfetz, a former co-worker. “She was a real disciplinarian. Grown men used to tremble in anticipation of a dressing down from her.”

At the graveside service in Holy Blossom cemetery, it was announced that a memorial service will be held in the spring. ♦

Below, border crossing record for members of Hutner family at Niagara Falls, 1909 (in transit from New York to Toronto). 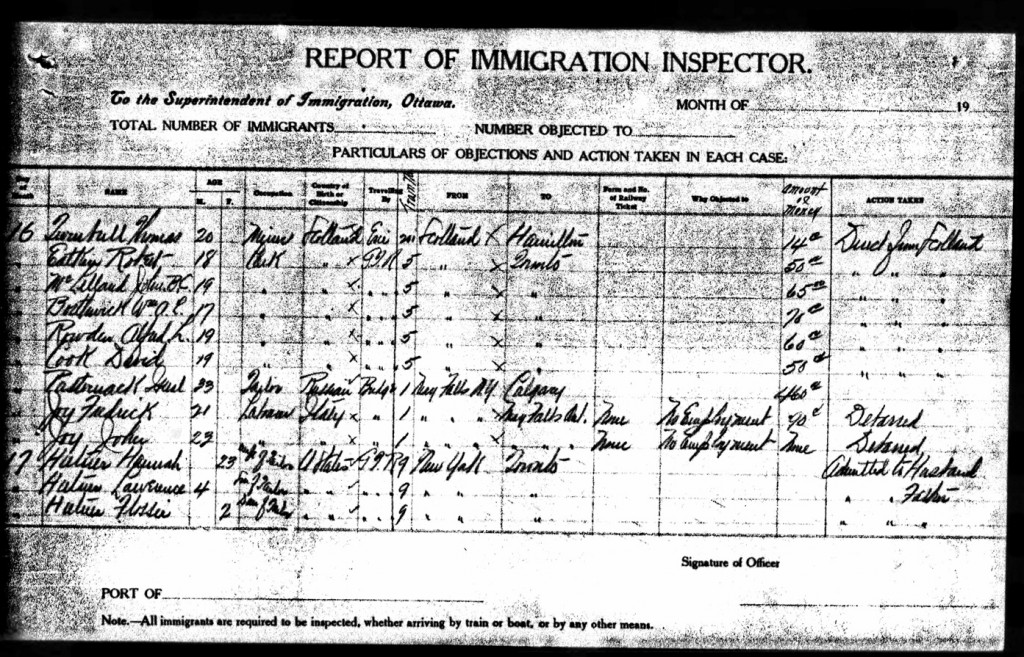