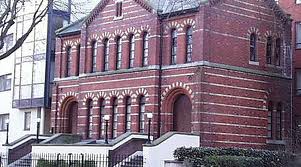 The Leventon family reunion, held recently in Dublin, Ireland, brought together 127 direct descendants — including 28 from Canada — of Rosa and Rabbi Israel Leventon, who lived in the 19th century.

The Leventons’ descendants who came to the reunion ranged in age from four to 95 and hailed from Ireland, Scotland, England, Israel, the United States, Belgium and Canada. Many had never met before.

“It took a year-and-a-half to collect names and addresses of relatives and put the reunion together,” says Toronto’s Joy Schreiber, who worked on the arrangements with two cousins in London, England.

Israel and Rosa (formerly Greenberg) were born in Poland in the early 1830s. They met and married in Poland and left in 1861 for England, where the rabbi served congregations in Leeds, Leicester and Swansea before moving to Dublin with their six children.

In Dublin, among his many duties he served as rabbi, cantor, Torah reader, mohel, shochet, sofer, registrar, secretary and teacher.

The patriarch of the Leventon family also inscribed a Torah on parchment of his own making, a 10-year labour of love. He presented the scroll to his synagogue in 1894, and it has been in continuous use ever since.

At the reunion, the Torah scroll, which had recently been repaired, was consecrated at a special Shabbat service.

The chief rabbi of Ireland, Yaakov Pearlman, spoke about Rabbi Leventon, saying the rabbi did a job that today would take 10 men. He added that it is believed that Rabbi Leventon’s Sefer Torah is the only one ever written in Ireland.

“The thing that strikes me,” said Schreiber, “is that it was such a joyous affair because the Leventon family was not touched by the Holocaust like my father Sidney Levitt’s family.”

Today, there are 337 Leventon descendants.

The reunion included family meals, services in the Dublin Synagogue and visits to the Irish Jewish Museum, which records that Jews lived in Ireland as far back as 1079 CE.

There was also a reception at city hall hosted by the Lord Mayor of Dublin, a visit to the fictional birth place of Leopold Bloom of James Joyce’s Ulysses, and a visit to the park where Oscar Wilde is memorialized.

“We also visited the graves of Israel and Rosa Leventon,” Schreiber said. “We realized that he was everything in his community.”

To commemorate the occasion, everyone who attended received an engraved kiddush cup, and a “a handsome donation was given to the Jewish Home of Ireland in honour of Israel and Rosa by five generations who were there,” Schreiber said.

The Leventon family now has a Web site and Schreiber said family members are frequently in touch. ♦

This article originally appeared in the Canadian Jewish News and appears here courtesy of the author. © 2002 by Cynthia Gasner.