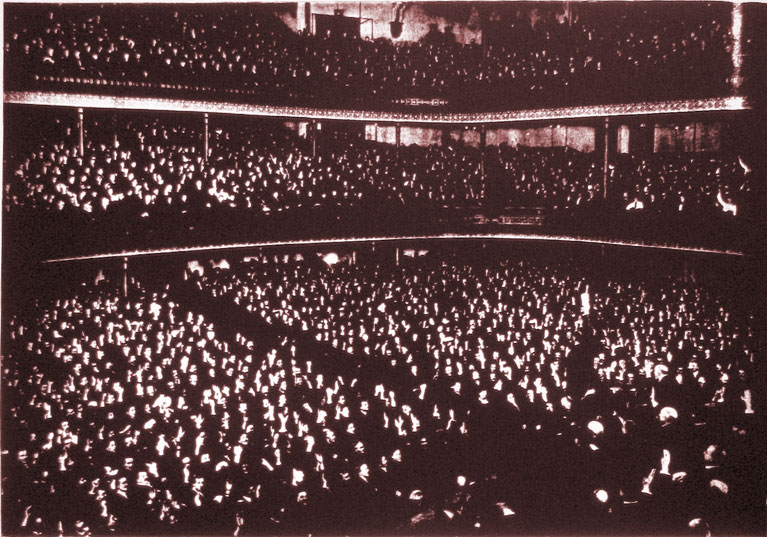 Above: Some 3,500 Torontonians protested at Massey Hall when City Council refused to allow the use of slides at High Park in February 1912. (Star Weekly) 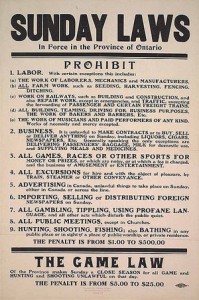 With the opening of the New Year, would it not be a good time for the people of Toronto to wake up and ask themselves seriously the question as to whether Sunday observance is not being overdone?

As things stand at present, we can do but very little except go to church on Sundays. Quite the correct and proper thing, too, but is it necessary, in order to be a good citizen to spend the whole day there? Quite recently a select body of people here in our midst, known as the Lord’s Day Alliance, were much disturbed over the fact that people in Toronto are depraved enough to go skating and tobogganing on Sundays. They are considering if it is not possible to put a stop to this shocking depravity.

At the same meeting a reference was made to the religious services held in a large hall down town (presumably Massey Hall) where music was much in evidence. The good people seemed very doubtful as to whether this ought to be allowed to continue or not. A few months ago a long legal warfare was waged as to whether a cigar was a drug or not. Presumably it is, as we are not able to buy one at the corner drug store, should we need it on Sunday.

How much longer are the people of Toronto going to stand this narrow-mindedness and bigotry? Are we a crowd of children or fools that we are to be dictated to as to what we may, and may not, do on Sunday?

To the stranger coming to our city, it is incredible that we stand for it. As law-abiding citizens, of course, we must obey the by-laws of our City Council, but what kind of a pull have these people with the Council, that these petty and irksome restrictions become law? Have we no men on the Council who are healthy-minded enough to want to see people enjoying themselves in a healthy, harmless manner?

Is Toronto So Very Good?

With all these irritating restrictions, Toronto is no better, as a city than it ought to be, however much we blind ourselves to facts, and obvious facts at that. Criminologists and prison reformers tell us that the best preventatives of crime is a healthy environment; let us have these healthy surroundings and harmless, though secular, amusements and our “downtown” section on Sunday evenings and other evenings, would be better for it. Let us have Sunday band concerts, during the winter, in the local theatres, and music for the skaters and tobogganers. During the summer Sunday evenings, let us revel in God’s fresh air and some good music at the same time at Scarboro Beach or the Island, and why should we not be able to buy our wives, or our sweethearts, a dish of ice cream or a cup of tea if the lady prefers? Must we either sit at home or go to church because “Stiggins” says so? 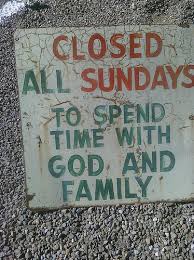 Here, in Toronto, we are within a few miles of the grandest scenery in the world — Niagara Falls. It can best be reached by a delightful trip by boat to Lewiston or Niagara-on-the-Lake, and there one can take a car ride which is positively unique. On Sundays there is “nothing doing.” The boats may not run on Sundays. The local band of misery-mongers say “it is naughty to ride in boats on Sundays.” So the thousands of workers who are kept busy all the week, and have only Sunday for their recreation and change, must perforce stay at home. And this, mark you, at the bidding of a very few local narrow-minded bigots. How long shall we stand the tyranny?

Why Not Have Bands Playing?

Last summer we had an excellent band playing at Scarboro Beach on one or two Sundays. This is only allowed on condition that admission is free. Who is going to pay the musicians? The Lord’s Day Alliance? Not by a jugful. Do the musicians play for the applause only? No sir; neither does the church organist, nor would we wish him to, but obviously, there is no more harm to paying for bandsmen at the Beach or the Island or High Park on Sunday evenings, than in paying a choir and organist on Sunday morning. If we had a band playing in our theatres during Sunday evenings, and charged a small admission fee, (we could not expect everything to be free as Scarboro was for a brief while) would that work as much harm, think you, as driving our well-to-do citizens to bridge parties, and our poorer citizens to crap and poker games? Nearly every Sunday our police raid one of the latter.

Why not a bridge party occasionally? If poker is illegal, so is bridge. Quite possible, because the “bridge” people could come back so very effectually they are left alone. As a matter of fact, both are equally reprehensible. A crowd of people in one room, breathing over and over again a vitiated atmosphere, frequently loaded with tobacco smoke is just as fit a subject for the sanitary inspector as a police inspector. But both the bridge devotees and the crap shooters are driven to it by ennui. Could they go to some place and hear one of our fine regimental bands rendering good music, more good would come of it than will ever come of being dictated to by our local “Pecksniffs.”

This option of going to church or staying indoors is not conductive to a sound morality, or the safety of our daughters. Where are most of our girls, that is our working girls, on a Sunday evening during the winter months? In church think you? You know they are not. Don’t wilfully blind yourself to a danger. Most of our girls go to church on Sunday morning, in the evenings they are in their rooms entertaining their male friends. Is this safe? Is it preferable to their going skating and filling their lungs with good fresh air? Our boys and girls of Toronto are neither immoral nor vicious, taken as a whole, but given two young people in a bed-sitting-room, the gas low, and the room at a comfortable temperature and there you have the makings of a very fine tragedy right on the very threshold of life.

Do not scoff at this, you people of theories and no actual experience. Come downtown towards Queen Street and look around where our hard-working girls rent their rooms, and find the facts, and then consider whether a more sensible Sunday would not also be a safer Sunday in many respects. Let us have decency and sobriety in our city by all means, but let us also have common sense, and consideration for the thousands of people who have only one day in the week to call their own.

Wake up, Toronto . . . because there is a limit to the patience of the people of Toronto on Sunday! ♦