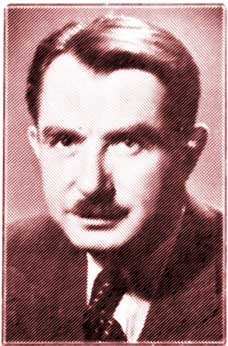 The life of Joseph (J.B.) Salsberg, humanist, labour leader, political activist, politician, newspaper columnist and a man who dedicated his life to Yiddishkeit and the advancement of social justice, was remembered and honoured recently on his 10th yahrzeit (anniversary of his death).

More than 300 people gathered October 28 (2008) at Bialik Hebrew Day School, Toronto, for a program titled J.B. Remembered, under the auspices of UJA Federation of Greater Toronto’s Committee for Yiddish as part of its program called Yiddish Canada in the 20th Century.

At the entrance to the auditorium was an archival display, developed by the Ontario Jewish Archives, titled J.B. Remembered: The Life and Career of J.B. Salsberg, featuring five large panels: Immigration and Early Life, Labour Zionism and Union Work, Political Life, Soviet Anti-Semitism and the Break with Communism, and Life After Politics.

Emcee Sharyn Salsberg Ezrin spoke of her uncle J.B. as a fixture in the Canadian and Jewish landscapes.

“J.B. would have been delighted that you all have an interest in Yiddish and such an evening of music and recollection.”

On a personal note, she said her uncle was her mentor. Some 40 years ago, when she was interested in becoming a volunteer at a Hashomer Hatzair kibbutz near Ashkelon, she said that her “interest in Israel was the spark that brought us together and continued for many years.”

A short video was presented of Salsberg in 1991, when he was turning 90. His warmth and sincerity set the mood of remembrance and gratitude.

The details of Salsberg’ s life could fill volumes. Born in Lagov Poland, he immigrated to Canada with his family when he was 11 years old. He attended Lansdowne Public School for two years, and at 13, he left school to help support his family by working as a leather cutter in a purse factory.

He was moved by the injustices he observed in the sweatshops of downtown Toronto and took his first steps into social activism in the union movement.

His strong feelings about equality and equal rights for all led him to join the Communist Party in 1926. In 1938, he was elected alderman for Ward 4, a position he held until 1943, when he was elected to the Ontario legislature in the riding of St. Andrew.

After hearing rumours that Jewish institutions in the Soviet Union were being closed and that Jews were being murdered, Salsberg went to Russia and met with Soviet leader Nikita Khrushchev.

He was told not to make it a public issue. On his return to Canada, in 1957 he renounced his affiliation with the Communist Party and the United Jewish People’s Order and formed the New Fraternal Jewish Association.

Susan Jackson, executive philanthropic officer at UJA Federation, said Salsberg brought clarity to issues in a way that no one else could. “His filibusters were not only legendary in parliament, but at meetings of the Toronto and Canadian Jewish Congress,” she said.

“J.B. was an extraordinary figure in the life of the province,” added Bob Rae, a former NDP premier of Ontario and current Liberal MP.

Rae shared his recollections of Salsberg, describing him as a proud Jew, “a very great Canadian — a figure of enormous power and enormous strength in the life of our city.”

He added: “J.B. was a representative of his generation who cared for social justice, who transformed not only the Jewish community, but the whole working community in Toronto.”

Under the direction of Nella Koren, the Bialik choir presented a musical program of popular Yiddish songs, including Dos iz Yiddish and Tumbalaleika.

Tulchinsky was selected to organize Salsberg’s political and labour union correspondence. The collection is available for primary research at the university.

He noted that Salsberg shone as a member of the Ontario legislature. “He was into every issue — he was on his feet almost all the time making excellent points.”

Tulchinsky spoke of Salsberg’s political idealism, which led him from a religious Jewish life to Zionism and Communism, because of his desire to help the working class who, at that time, had no protections.

After Salsberg left the Communist Party, his columns in The Canadian Jewish News were “enormously important. Above all else, he was connected with people in a very special way,” Tulchinsky said.

“While most people could walk down Spadina from College to Dundas in a space of 15 minutes, it took Joe Salsberg about three hours. He met people he knew and people he didn’t know. He would say hello and try to get them in conversation, not just on a political level but on a human level.”

Paying tribute to Salsberg and his love of Yiddish and Yiddish music, singer-songwriter Lenka Lichtenberg performed haunting Yiddish songs, including music she wrote to the poems of Simcha Simchovich, Tsum Kval and Meyh Rue Platz. ♦

This article appeared originally in the Canadian Jewish News and appears here now courtesy of the author. © 2008 by Cynthia Gasner.