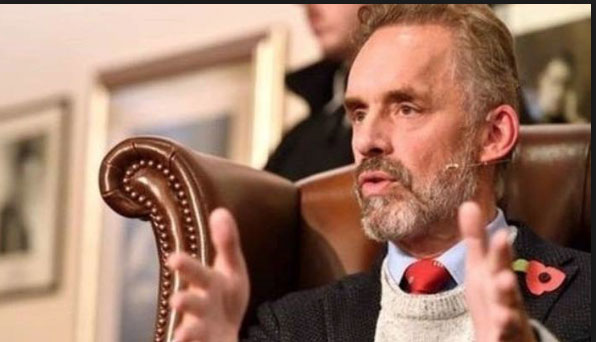 From the Canadian Jewish News, February 2019

12 Rules For Life: An Antidote to Chaos, by Jordan B Peterson (Random House Canada)

Jordan Peterson is a professor of psychology, most recently at the University of Toronto, with a thorough grounding in scientific literature, particularly in the biological sciences, psychology, and the nature of the human mind (conscious and unconscious). He’s also fluent in classical myth, the Hebrew and Christian Bibles, eastern philosophies, and the works of towering intellectuals like Nietzsche, Freud and Jung.

He’s equally well-versed in great authors from Shakespeare to Dostoyevsky, Socrates to Solzhenitsyn, Goethe to Milton, and even cites popular culture from Pinocchio and other children’s stories. Further, he has an expansive knowledge of history, and he’s read the key postmodern thinkers whose Marxist-tainted ideas have infiltrated our Western universities. 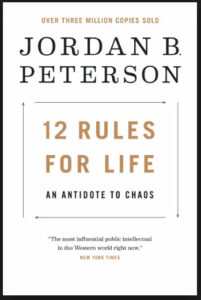 Besides all this, Peterson integrates a goodly dose of (supposedly) “common” sense into his bestselling book 12 Rules For Life: his words, like sharp needles, frequently puncture “politically correct” balloons floated by the radical minorities in our midst. Perhaps that’s part of the reason why his reputation has catapulted to the point that the New York Times has dubbed him “the most influential public intellectual in the Western world right now.”

Central to his worldview is the great primordial struggle between order and chaos, male and female, yang and yin. Peterson utilizes the Hebrew Bible as a major source and writes extensively about the story of Creation from Genesis; he even uses the Hebrew phrase, tohu v’bohu.

“We eternally inhabit order, surrounded by chaos,” he writes. “We eternally occupy known territory, surrounded by the unknown. We experience meaningful engagement when we mediate appropriately between them. We are adapted, in the deepest Darwinian sense, not to the world of objects, but to the meta-realities of order and chaos, yang and yin. Chaos and order make up the eternal, transcendent environment of the living.”

His astute analysis of the story of Cain and Abel stands as a central motif, encapsulating the notion that a human can all too easily feed his resentment and anger until it grows into hatred and an impulse for murder. People who become evil monsters, such as the Columbine killers, are acting out their anger at God, he observes; they want to obliterate His Creation. But we can choose not to descend into the depths of nihilism: no matter how deep our suffering, we always have the option of taking responsibility for our psychic universe and working diligently to improve it.

Peterson uses biological science to refute the Marxist notion that Western civilization is based upon an “oppressive patriarchal hierarchy.” All human societies, even post-revolutionary ones, are hierarchal, he observes, each with its own unique, and uniquely unfair, pecking order. Hierarchies have been around for billions of years and even lobsters, apparently, must “claw their way to the top” of a naturally-occurring social pyramid.

Rule No. One is “Stand up straight with your shoulders back.” In other words, even though you’ve fallen to a lower strata, maintain your self-respect and dignity: let others know that you believe in yourself. If you slouch, cower or hide behind a smokescreen, people will read into your posture, and some may be more prone to attack you.

Human suffering is ineradicable, given the permanent nature of hierarchies and the persistent tendency of human beings (like lobsters) to hurt and be hurt by others; but there is much we can do to improve our condition. Among other things, 12 Rules is a manual for self-improvement through self-knowledge and positive action, as articulated in rules such as “Treat yourself like someone you are responsible for helping,” and “Make friends with people who want the best for you.”

There is much constructive wisdom here on improving your communication skills and how to be a good and effective parent: “Modern parents are simply paralyzed by the fear that they will no longer be liked or even loved by their children if they chastise them for any reason. They want their children’s friendship above all, and are willing to sacrifice respect to get it. This is not good. A child will have many friends, but only two parents — if that — and parents are more, not less, than friends.”

Besides encouragements, there are admonitions and warnings: “There are toxic families everywhere. They make no rules and limit no misbehaviour. The parents lash out randomly and unpredictably. The children live in that chaos and are crushed, if they’re timid, or rebel, counterproductively, if they’re rough. It’s not good. It can get murderous.”

12 Rules counsels us to grow a backbone so that we can say No to a demanding boss, spouse, mother or bully when necessary; otherwise we lose the capacity to say No. “If you ever wonder how perfectly ordinary, decent people could find themselves doing the terrible things the gulag camp guards did, you now have your answer. By the time no seriously needed to be said, there was no one left capable of saying it.”

Most of the rules seem simple, yet are profound. For instance, Rule No. 8 exhorts us to “Tell the Truth — Or, At Least, Don’t Lie,” and makes the casual observation that when enough people tell little life-lies, they create room for “the Big Lie” by which tyrants like Hitler transform the world into Hell.

If I had to sum up Peterson’s essential message while standing on one foot, it would be the following positive injunction: “Make a conscious decision, despite your suffering, to presume the primary goodness of Being. That decision will empower you to overcome nihilism, resentment and arrogance.”

12 Rules For Life is a remarkable book, brimming with wisdom, intelligence and light, and offering a perfect prescription for our troubled times. Having read it and been deeply affected by it, I understand why it has sold more than two million copies and why its author has acquired a huge coterie of followers. ♦