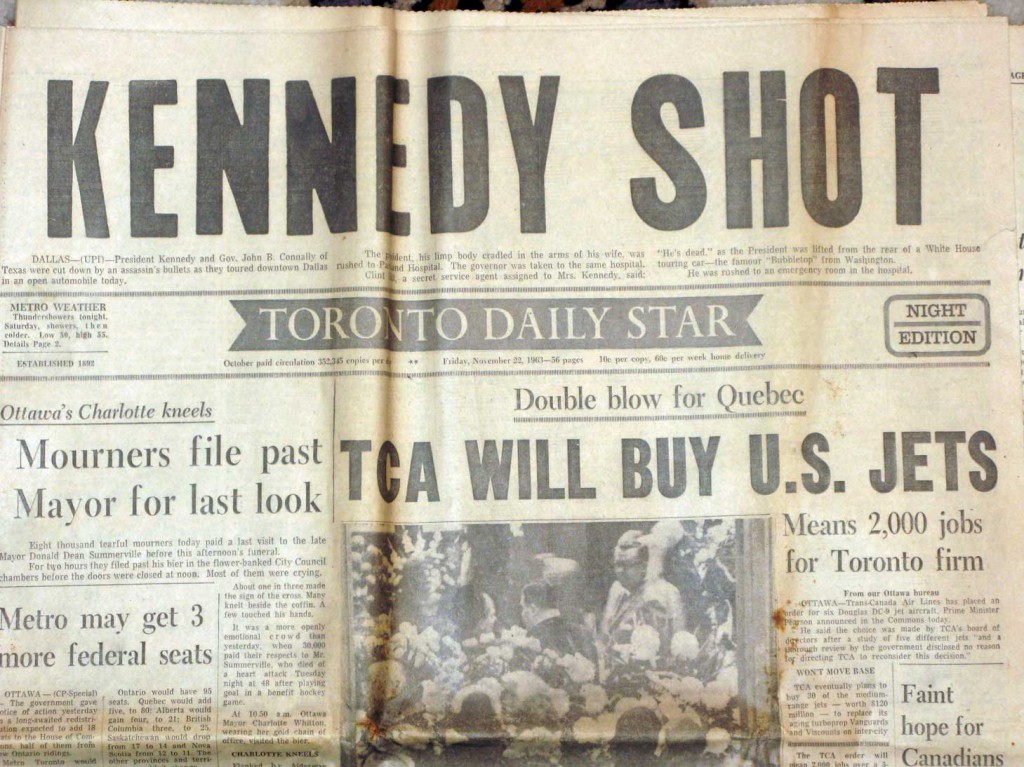 Here is the front page of the Toronto Star, as delivered to my home in north Toronto on Friday November 22, 1963, with the first news of the Kennedy assassination. The editors had just enough time to strip the page of its earlier content and replace it with the huge headline plus a few sentences of reporting. The story reads:

DALLAS — (UPI) — President Kennedy and Gov. Jon B. Connally of Texas were cut down by an assassin’s bullets as they toured Dallas in an open automobile today.

The president, his limp body cradled in the arms of his wife, was rushed to Parkland Hospital. The governor was taken to the same hospital. Clint Hill, a secret service agent assigned to Mrs. Kennedy, said: “He’s dead,” as the President was lifted from the rear of a White House touring car — the famous “Bubbletop” from Washington.

He was rushed to an emergency room in the hospital.

Below, the front pages of the late-edition of the Toronto Star which appeared on the streets later that evening, as well as the next day’s Globe and Mail.

On a personal note, I remember that gray day in Toronto exactly 50 years ago. The principal of our public school made a sad address over the P.A. system notifying everyone of the tragic news. I was ten years old. I saved the newspapers that day and have kept them and many more over the last half-century. The Kennedy assassination and the tumult that befell America in its aftermath — more assassinations, civil rights riots, campus unrest, the hippie drop-out syndrome — were all tied in to the  coming of age not only of myself, of course, but my whole generation. ♦ 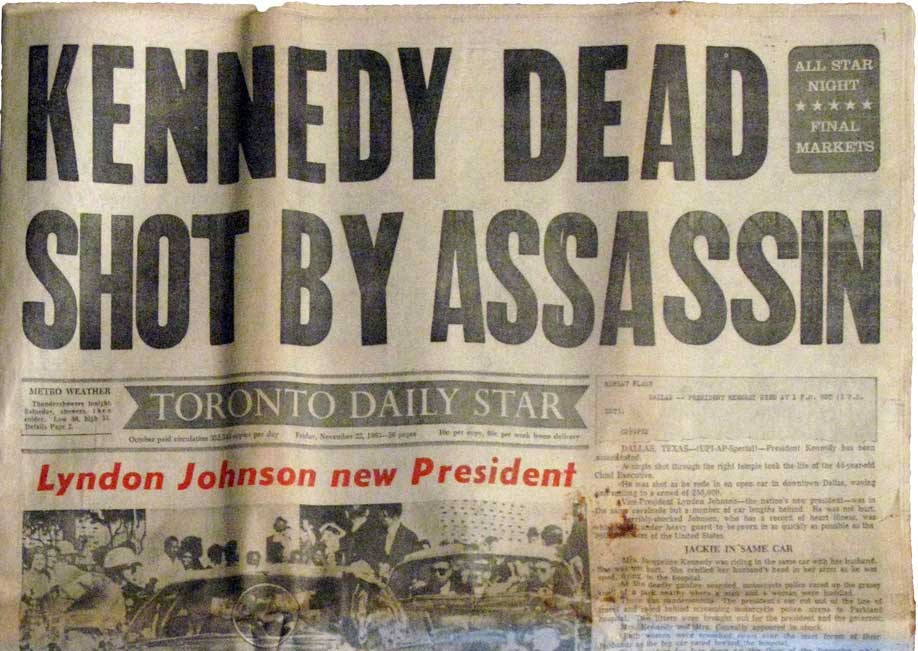 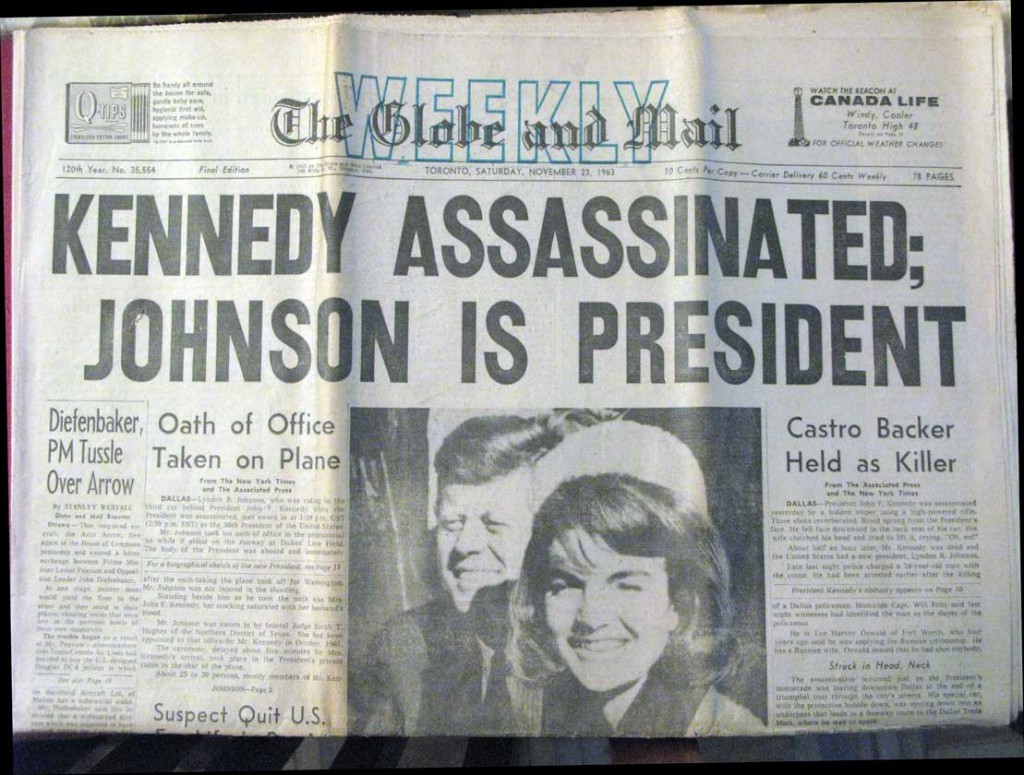