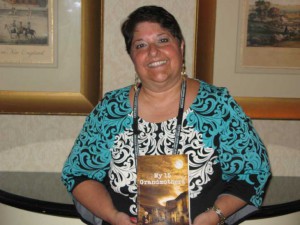 Genie Milgrom, the author of My 15 Grandmothers, was one of numerous captivating speakers at the five-day International Conference on Jewish Genealogy in Boston in August 2013.

Although she was born into a Roman Catholic family of Spanish origin in Havana, Cuba, Milgrom felt an affinity for Judaism from a young age. She was five years old when her wealthy family fled the Cuban Revolution and relocated to Miami, Florida, where she grew up.

She was 32 when she converted to Judaism, a burdensome mission that had involved years of study and eventual submission to a beit din and, of course, submersion in a mikveh. Only afterwards did she begin to explore her outwardly Catholic family tree, and discover to her amazement that she was already halakhically Jewish (according to Jewish law) all along.

At first all she had were clues handed down to her from both of her maternal grandparents. They had been second cousins whose ancestors were from a tiny village in Western Spain named Fermoselle, located on the Duero River between Spain and Portugal. 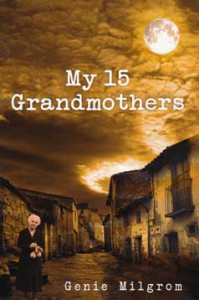 Her grandmother had left her a tattered white box inside of which she found a small piece of antique jewelry — an old Hamsa (Hand of God) — and a small gold earring adorned with a tiny Star of David. Initially she didn’t appreciate the significance of these two very Jewish symbols, especially after family members told her the jewelry was probably given to her grandmother by a passing gypsy and meant nothing.

(Later she would be shown a very old piece of jewelry belonging to someone from another family from the town. Ostensibly, it was a simple gold ball on a chain. When you squeezed the two sides gently and pulled, the ball opened up into a chain of tiny Stars of David.)

On several occasions Milgrom had asked her grandfather about the family’s ancestry but he always evaded the subject. After he died she found that he had sketched out a family tree and scrawled some history on a few sheets of old crumbling paper. “He went back farther than I could imagine,” she writes in her gripping and easily readable memoir. “Not only had he made a tree, he had also written a short history and some personality profiles. The tree went back to the early 1800s.”

Hearing that a well-established professional Sephardic genealogist was going to her family’s village of Fermoselle, she hired him to research her family tree. She instructed him to concentrate on “the maternal lineage, grandmother after grandmother, and document each step with copies of birth, baptism, marriage and death certificates, when possible.”

Soon Milgrom was in possession of copies of documents that neatly traced back her maternal Jewish ancestry, grandmother by grandmother, at least fifteen generations to the 1400s. As had quickly become clear, her family had been B’nai Anusim, “Children of the Forced,” Jews who had been forced to convert to Catholicism under dire threat of death or expulsion.

The research showed that many of her cousins had intermarried, and many had become priests, both common patterns in “Converso” families. Many B’nai Anusim liked to have a priest in every generation “to make absolutely certain that the marriages that were taking place in the churches would be done according to the laws of Moses and Israel,” Milgrom writes, while often leaving something out of the Catholic ritual so as to secretly invalidate it.

Strangely, none of Milgrom’s ancestors — and only two residents of Fermoselle — were named in the region’s extensive Inquisition papers held in a Madrid archives. Most of her ancestors, it turned out, had escaped to Portugal, where they turned up in archives there.

Portuguese archives have digitalized many documents related to the Inquisition and posted them to the internet. The National Archives of Torre do Tombo, for example, has documents dating back to the ninth century, including Inquisition documentation of every person sentenced or tried in the Inquisition tribunals of Lisbon, Poreto, Coimbra and Evora, Milgrom writes: “These long documents usually include the full genealogy of the person that was judged.”

During her two visits to Fermoselle, she uncovered some of the town’s Jewish secrets, including the locations of former synagogues, mikvehs, Jewish homes and a system of interconnecting underground tunnels between them. My 15 Grandmothers was written because Milgrom wanted “to be the voice that my ancestors never had” and tell their story, she writes. “Most of all, I just want others who wish to find their Jewish roots to know that this quest is possible. Given the resources available in Spain and Portugal today, it can be done.”

My 15 Grandmothers is available online from Amazon. Milgrom’s website is www.geniemilgrom.com ♦

To the End of the Earth: A History of the Crypto-Jews of New Mexico

Below: Goya’s Tribunal (of the Spanish Inquisition), courtesy Wiki 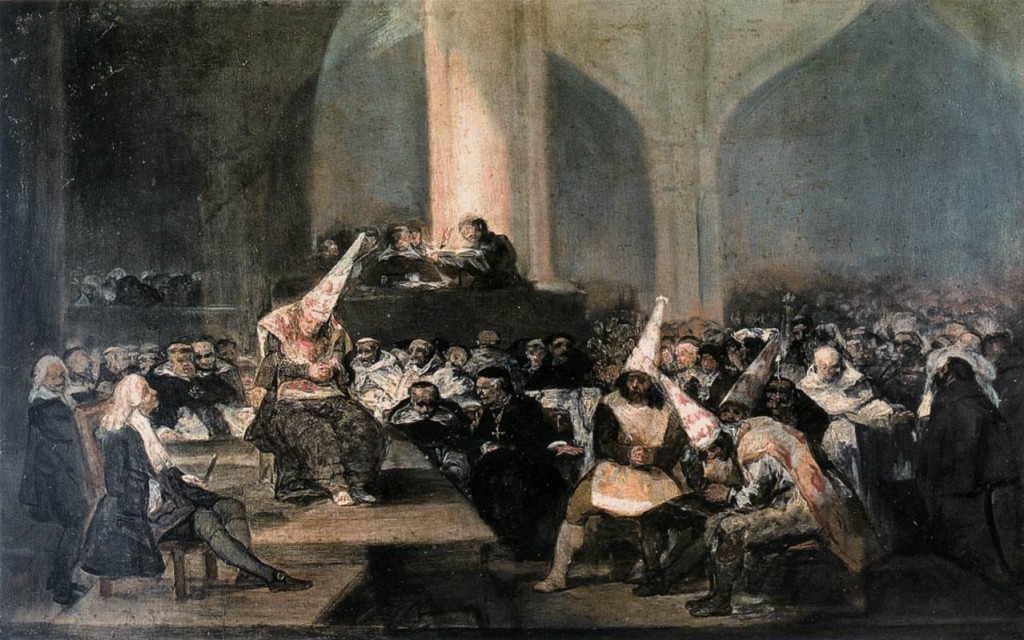