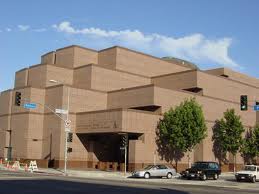 Imagine for a moment that you’re in southern California, having a meal at a diner. Inside, the radio is tuned to a local shock-jock who is spouting a combustible mix of racial diatribes against blacks and immigrants. As these acrimonious attitudes defile the air, a heated argument breaks out between two strangers at separate tables. An armed security guard intervenes and, in the pandemonium, draws his gun and shoots a woman dead.

This particular tragic scenario recurs in Los Angeles with a frequency that would be alarming were it not for the fact that it is a staged videodramaCa sort of postmodern passion play that is screened several times daily for patrons to a unique L.A. institution known as the Museum of Tolerance. Invited to cozy up to a row of bar stools in the ersatz 1950s-style eatery called The Point of View Diner, visitors observe firsthand how a dose of vocal venom, even from a radio, can spark an episode of violence. Once the smoke has cleared, they are invited to use the jukeboxes along the counter to question the various players in the drama, including the shock-jock and the shooting victim, to better understand the psychic alchemy behind the killing.

The educational arm of the Simon Wiesenthal Center, the Museum of Tolerance is an innovative, high-tech institution that uses banks of video terminals, slide projectors and computerized hands-on displays to sensitize people about the complex social mechanisms that lead to intolerance. One of the museum’s premises — that almost all of us carry some form of prejudice within — is best exemplified by the choice of two doors at the entrance, Prejudiced and Unprejudiced. Pointedly, the door for those who claim to be without prejudice cannot be opened.

Throughout this unique facility, which requires at least two hours to view, the message seems to be that each person has personal responsibility toward making their tiny corner of society more tolerant. In the so-called Whisper Gallery, video screens present snippets of cocktail conversations brimming with prejudicial remarks that listeners in real life might leave unchallenged.

“They’re sneaky and lazy. Always living on our tax money.”

The rationale is to show that each of us has the power and responsibility to counter such utterances before social intolerance can develop deeper roots and lead to more dangerous things. The Other America exhibit, in which some 250 American-based hate groups are pinpointed on a large map, suggests what some of those more dangerous things might be.

As if in counterbalance, a large multimedia exhibit focuses on the American civil rights movement, splicing the words of the Rev. Martin Luther King Jr. with visuals of Ku Klux Klan lynchings and other images, along with a spirited gospel rendition of Let My People Go.

Further on, an historic timeline presents the history of intolerance around the world from 1700 to the present; it includes both low and high points, from the incarceration of Japanese-Americans during WWII to the moment, shortly afterward, when Jackie Robinson broke the color barrier in American professional baseball.

The museum is nothing if not timely. For visitors to L.A. who may not immediately recall the intensity of the L.A. riots of 1992, two video kiosks refresh our memories of that bloody conflagration, which caused more than $1 billion in property damage. When the museum opened in February 1993, the riots were barely six months old and the city was acutely in need of healing.

The film In Our Time, which is one of the museum’s most powerful elements, draws from equally recent experiences. Using footage too raw for television, the film shows atrocities committed from the former Yugoslavia to the killing fields of Rwanda. Evoking a horrific crescendo of emotion, this powerful pastiche also includes images of the Rabin assassination, the apartheid regime of South Africa and white-supremacists on the march in America.

Various exhibits throughout the museum spotlight a diverse array of prejudices and stereotypes from the myths some people hold about fat or thin people to the homophobic hatred that, when left to fester, may lead to tragic acts of violence such as the gruesome lynching of a gay man in Wyoming last September.

Although the museum devotes at least one-third of its space to the Holocaust, it frames the Jewish experience in Europe from 1933 to 1945 in a universalist context. “We didn’t want to present the Holocaust unaccompanied by other lessons,”said Rabbi Marvin Hier, dean of the Wiesenthal Center. “This museum says: ‘You may not be Jewish and you may not be a Nazi, but you have a stake in this. Because hatred was not banished with Adolf Hitler — it outlived him.’”

In the Holocaust section, which proceeds chronologically, patrons of a mock 1930s outdoor café in Berlin are spotlighted, each in turn, while they voice opinions about the increasingly powerful Nazi party. It is revealed that a man and woman who dismiss Hitler as not worth worrying about will be later deported and murdered; while a doctor who says that Hitler will be good for Germany ends up at Auschwitz, conducting medical experiments on inmates. The message is that we all have roles to play.

In the next room, visitors overhear a far more horrendous conversation while peering down at an ordinary conference table from above. This is a chilling re-creation, using actual transcripts, of the Wannsee conference, the infamous gathering at which Nazi officials broke their usual code of silence to openly discuss mass murders, mass graves, Zyklon B gas and other details of the Final Solution.

The last section of the museum involves a walk through the Warsaw Ghetto and then the gates of a concentration camp. Visitors are again given a choice of doors — for Able-bodied, or Children and Others. In the bleak Hall of Testimony, visitors hear the stories of Holocaust survivors. “Who was responsible?” a display asks, flashing photos of political ideologues and their followers, the racists, the henchmen who actually committed the atrocities — and many ordinary people.

The Museum of Tolerance is more than a west-coast version of the extraordinary US Holocaust Memorial Museum in Washington DC. However, like its eastern cousin, it is obviously geared towards education rather than entertainment. Although vacationers may consider anything that smacks of self-improvement as an ordeal to be avoided while on holiday, those who visit the museum will be quickly drawn in by its immediacy and its imperative message of self-responsibility, which seems as relevant today as ever.

“This may not be fun along the same lines as Disneyland,”one museum official observes, “but it can still be an incredibly fulfilling experience.”

In part funded by the Belzberg family of Vancouver, the $55-million Museum of Tolerance has received almost two million visitors to date, many of them schoolchildren. Many law enforcement officers have taken the museum’s Tools for Tolerance program, which sensitizes them to working in a multicultural environment. (Similar programs are offered for corporate officials and educators.) Earlier this month, a group of trade union officials from Northern Ireland visited the museum, intent on founding a similar facility to help calm the persistent troubles on their home turf.

Given the city’s traditional mix of minority groups such as Latinos, African-Americans, Jews and gays, Los Angeles seems an appropriate spot for this museum — which seems a creative response to Rodney King’s televised plea for calm during the riots of 1992: ACan’t we all get along?”