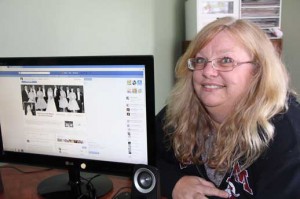 Some time in the late 1940s or 1950s, when my aunt and uncle moved from a house on Toronto’s Vaughan Road, they left behind several old family photographs hidden in the rafters of the basement ceiling.

Luckily the new owners of the home were considerate enough to save the old photos. Decades went by. Sometime in the 1970s, through some mystical chain of connection, the photos were returned to my uncle and aunt, who were amazed to see them again.

This tale came to my mind recently as I read of an incident that could only gladden the heart of every genealogist. The story goes back to 1997, when a man turned over to police some old photographs he’d found in the attic of his newly-purchased home in London, Ontario.

The police kept the photos for a short period and were about to destroy them when Victoria Kelly of London asked if she could have them as she intended to find their owner. According to a report in the London Metro News, the police consented. 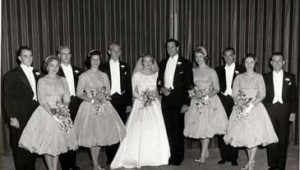 “They were professionally done,” Kelly told the Metro News. “There was an album of ‘My first trip to Europe’ from the 1940s, wedding pictures and just beautiful photos of the family.”

Eventually she posted the black-and-white photos on Facebook — and was delighted recently when their owner made contact with her. Heather Wilson of Toronto said she was ecstatic and shocked to discover the photos that had once belonged to her mother.

“My mom passed away in 2003, so we thought all her stuff had been returned to us,” Wilson said. “I couldn’t believe that this woman had kept this stuff for so long and had tried to find us all that time.” ♦