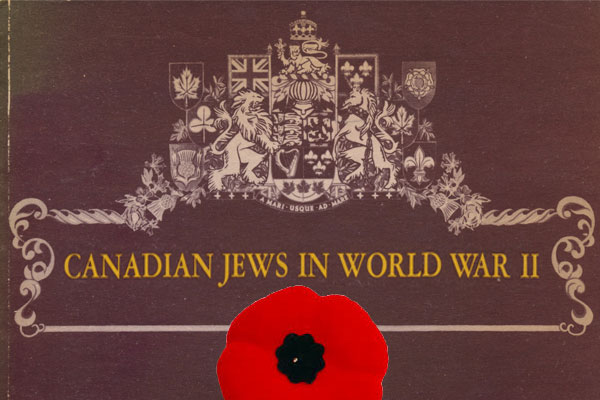 ◊ In 1947 the Canadian Jewish Congress published the first of two parts of the book Canadian Jews in World War II. The books were edited by David Rome. The first part deals with Decorations and the second part, which appeared in 1948, memorializes the Casualties. The books were dedicated to the millions of Jews everywhere who resisted Hitlerism and Fascism to their last breath.

The second volume focused on “the men and women who appeared in the official casualty lists of the Canadian forces, those reported killed, dead, missing, presumed dead, wounded, injured, ill and prisoners of war.” However, although the compilers no doubt made every attempt to include all cases, it cannot be considered comprehensive, since my own father, Russell Gladstone — who served from 1939 to 1945 and was twice wounded and hospitalized during that service — is absent from these pages.

This book is being presented in stages. Eventually all relevant pages of both volumes will be added to this website. To find a particular individual, please check the index pages for each volume, below. The page will also appear if you do a name search in the search box. The surnames have been included as part of the file names of each page. ♦

The Story of Toronto’s Unknown Jewish Soldier from WWI