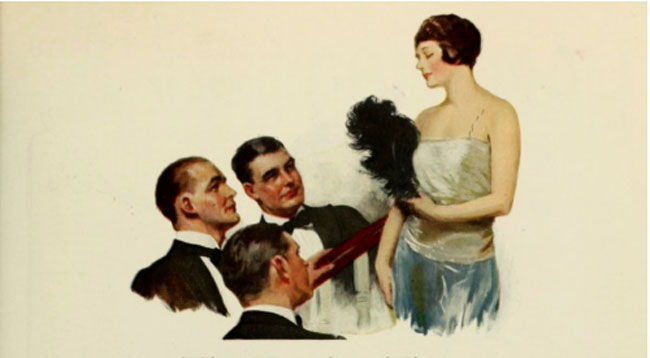 Part One in a series by a prominent Canadian Jewish bachelor

By Anonymous (originally serialized in 1919)

I hope that none who read this chronicle of my adventures into the field of pro-matrimony (if I may so call it) will feel that I am writing in a spirit of boastfulness. On the contrary, I feel as much of regret as of pride in reviewing this particular period of my life, and as you follow me in my adventures you will come to realize that while a man may become intoxicated with the thought that so many fine young ladies were eager to embark with him upon the sea of life, he is not a true man if his pride is not tinged with humility and his reminiscences with regret.

For as we stand face to face with the great of the Eternal Feminine, man must become aware of his own unworthiness. He must realize his own lack. He must become even slightly disgusted with the realization that he is nought but common clay, while she is a mystery as interesting and recurrent as life itself.

This in itself constitutes very frequently a man’s hesitation in taking the final step. He knows that the woman has placed him upon a pedestal and he fears to reveal himself as he knows himself to be. No man cares to be put upon a pedestal and worshipped, because it will mean hard work for him to remain up there and he does not want to work hard. He wants to relax in the privacy of his own home. He wants to be himself. He is incapable of continual subterfuge.

Now whether the sweet creatures really think us the wonderful individuals they tell us they think us, remains a mystery to me, but I know that we men fear to disillusion them, and what is marriage if not complete disillusionment? 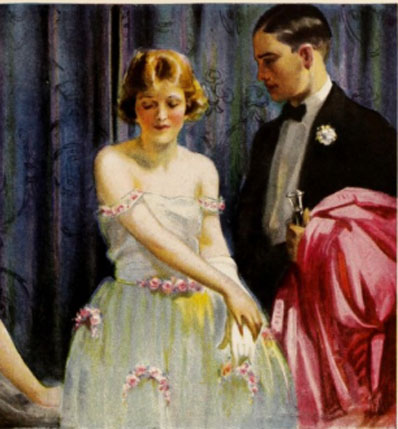 I venture to say that my experiences have been those of the average man of eligible age, who has worked himself up to a position where he can enjoy the comforts of life. I am not bad looking, some women have even said I look distinguished. Be that as it may, I have a sneaking fondness for well-made clothes and good food as it is served in the best hotels. I am well-read but not intellectual enough to make a profession of it. I am quiet and well-bred, although all these things came to me only after I had reached man’s estate and begun to make money.

My parents were ordinary Old Country Jews, who had left Russia because they were unable to earn the means of existence. We soon outgrew each other. They rather feared, but tolerated me, because I was able to provide them with the comforts of life, which I, on my part, pitied them their gray existence, though in a way I was really fond of them. I had two sisters older than myself, who had been married in the Old Country and who never became Americanized to any marked extent. Therefore, I grew up quite ignorant of the ways of Canadian girls and made many mistakes while trying to understand them. All of which had much to do with making a cynic out of me. And as everyone knows, your true cynic is always a bachelor. So here I am at the age of forty-eight a bachelor with streaks of grey in my hair but still a welcome visitor in homes where there are marriageable daughters.

The first girl that came into my life was my teacher. I was eighteen when my parents brought me to this country, a tall, overgrown, awkward boy, all hands and feet. I was put into a factory to sew buttons on coats. At night I went to Night School.

She was a young Jewish girl at least two years younger than I. She was attending High School and helping herself out financially by teaching at night. Now I would not even call her pretty, then I thought her the most beautiful creature I had ever seen. But what impressed me most was her extreme cleverness.

She was really rather an untidy girl. I don’t suppose she had much time to devote to her personal appearance. But to me she was like a rose in a desert. For me she exemplified all that I expected this new world to bring me.

When she sat down beside me, I was electrically thrilled and could not focus my mind on what she was trying to show me, so that I often incurred her evident displeasure and added to my own unhappiness.

I really did not make the progress I should have made, for I have a naturally alert mind, because I could not focus my attention on aught but her personality.

Many a night I followed her home at a respectful distance and watched her enter her home. She lived in a neighborhood but little better than mine — a neighborhood where the Old World tries to leave its impress on the new.

Sympathy had as much to do with my feelings towards her as anything else. I was sorry for her; sorry that she was poor, sorry that she had to work so hard. I longed to do something for her, to make life easier, more enjoyable.

One evening in the course of a reading lesson we came across an allusion to Shakespeare’s “Merchant of Venice” and she said: “This play is here now with Sir Henry Irving. I hope some of you will be able to go and see it. You will enjoy it.”

She said it wistfully as if she, too, were longing to see it. A mighty resolve was born in me. So daring did it seem to me that I hardly permitted myself to contemplate it. I was treading on air.

The next night, I missed school. I was working overtime and with the money I bought two fifty-cent tickets for “The Merchant of Venice” for Saturday night. I carried the tickets about with me all week but could not summon up sufficient courage to ask my divinity to come to the theatre with me.

Saturday night came and found me trembling miserably outside her door. About half-past eight she came out with another girl and they walked away arm in arm. I followed them, listening to their conversation, and the fate of all eavesdroppers overtook me also, for presently my goddess broke out with: “Thank God for Friday and Saturday and Sunday night. No dirty, smelly greenhorns to teach. Oh how I hate them!”

I stumbled away into the darkness, heartbroken. I went to the theatre and took my seat, the other ticket clutched tightly in my hand. But I knew nothing of the play or the players. As in a dream I watched their meaningless motions and listened to their unintelligible language while my wounded ego cried out over and over again: “She hates you! You’re nothing but a dirty, smelly greenhorn!”