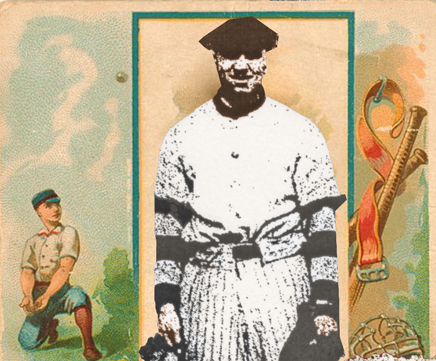 Harry Sniderman was a colourful figure in the Toronto scene for three decades — an able athlete, gracious sportsman and promoter and a Babe Ruth of the Bellwoods Park softball teams.

During the late 1920s and 1930s, “Iron Man,” “What-A-Man Sniderman” was the king of the leagues — a leading pitcher and top batter who played on five teams at a time.

One of this city’s leading athletic talents, who died recently at the age of seventy, he rubbed shoulders with the likes of Jack Dempsey, Joe Louis and the Conacher brothers, and served as a model hero to the Jewish community.

The Herzl Yolles team, city and Ontario champions during that period, owes its success to Sniderman who acted as manger, player and chief promoter. He brought the same competitive spirit to a host of clubs, including the Elizabeth Street “Lizzies.”

His contribution to sport was heralded. While best known in baseball he also played in the early 1920s for the University of Toronto Blues basketball team and was Canadian foul shooting champion for five years. In that decade, as the only Jewish player on the Broadview Y, east-end basketball team, he was known to run into the stands if heckled by anti-Semites and was a staunch defender of his race during street riots there.

In 1966 Sniderman was the recipient of Ontario’s Award of Merit for his athletic affiliations, which included his service as president of the Ontario Softball Association, as coach for young talents including Olympian Bobbi Rosenfeld, and as sports fund-raiser for amateur athletics.

The fact that Harry died during the Olympics brings to mind a story that occurred exactly forty years ago, in July of 1936, and it involved an earlier Olympic situation recounted by Sammy Luftspring in his autobiography Call Me Sammy.

Two young Jewish boxers, Baby Yack and Sammy Luftspring, named to represent Canada in the Berlin Olympics, wrestled with their conscience and came up with what they judged to be the right answer, an answer that was confirmed by history: They would not go to Nazi Germany and lend their efforts to anything that would redound to the credit and glory of Hitler’s racist Reich. And they wrote a letter to the press saying so, a letter that appeared in the old Toronto Globe on July 7, 1936.

What they were going to do was to join the anti-fascist Olympics which had been organized for Barcelona in the republic of Spain, then under a Popular Front government. They would be sponsored by the Daily Worker, a communist publication.

Enter Harry Sniderman. He would not hear of Luftspring and Yack competing under communist colours. Why not go under an official Canadian Jewish label? Sniderman was a man of action. He took the two youths to a meeting of the Canadian Jewish Congress executive committee then in session in Chudleigh House on Beverley Street.

The presiding officer of the Congress was a distinguished looking English Jew named O. B. Roger, a Shell Oil executive and a community-minded leader. Sniderman must have been persuasive because “within minutes” enough money was raised to provide for the money they needed.

Accordingly, he organized a stag at the YMHA on Brunswick Avenue, (where the Doctors’ Hospital now stands). Despite the intense heat — it was during the historic hot spell of July 1936 –“Harry’s wallet was fattened with another thousand or so.”

The end of the story was, anti-climatic, because when Harry and his protégés got to the Spanish border, they learned that the Civil War had broken out and the anti-fascist Olympics was over before it started. But thanks to Sniderman’s initiative, there were two young Jews ready to perform and compete as Canadians and as Jews.

The second incident stands out in our mind as it also involves the “Jewish spark” in Harry Sniderman. The year was 1948, the year of Israel’s War of Independence.

In Toronto, the newly organized UJA reached out to groups within the community that had never been contacted before, elements quite distant for the ‘establishment,’ who had not quite acquired respectability and were even slightly beyond the Pale: The race track crowd, the ex-pugilists, the “spivs”, the gamblers, the liquor dealers (both legitimate and under cover), in short the demi monde, the floating luftmenshen of the Spadina-College sector, all of whom were more than anxious to be called upon and lend their weight at this historic Jewish hour.

And who was chairman and organizer of this motley, heterogeneous group? Who did the rating, assigned the canvassing, assessed the giving, managed and directed the “Social and Athletic Division” of the UJA, as it was called? It was gravel-voiced Harry Sniderman who had the respect of all elements and to whom all deferred.

His commitment to Israel, unknown to many, was realized a full decade earlier when he acted as a quiet fund-raiser here among Jews and non-Jews to raise money for the Irgun, and during that time came into contact with the writer Ben Hecht and corresponded with now Israel Opposition Leader Menachem Begin.

He was affiliated with a dozen or so organizations including the Variety Club, B’nai Brith, Masons, Lions Club and the Old Boys Playground Association. As a businessman he ran the Adelaide Hotel in the earlier 1940s, a well-known sports hangout, and was president of the Warwick Hotel in his latter years.