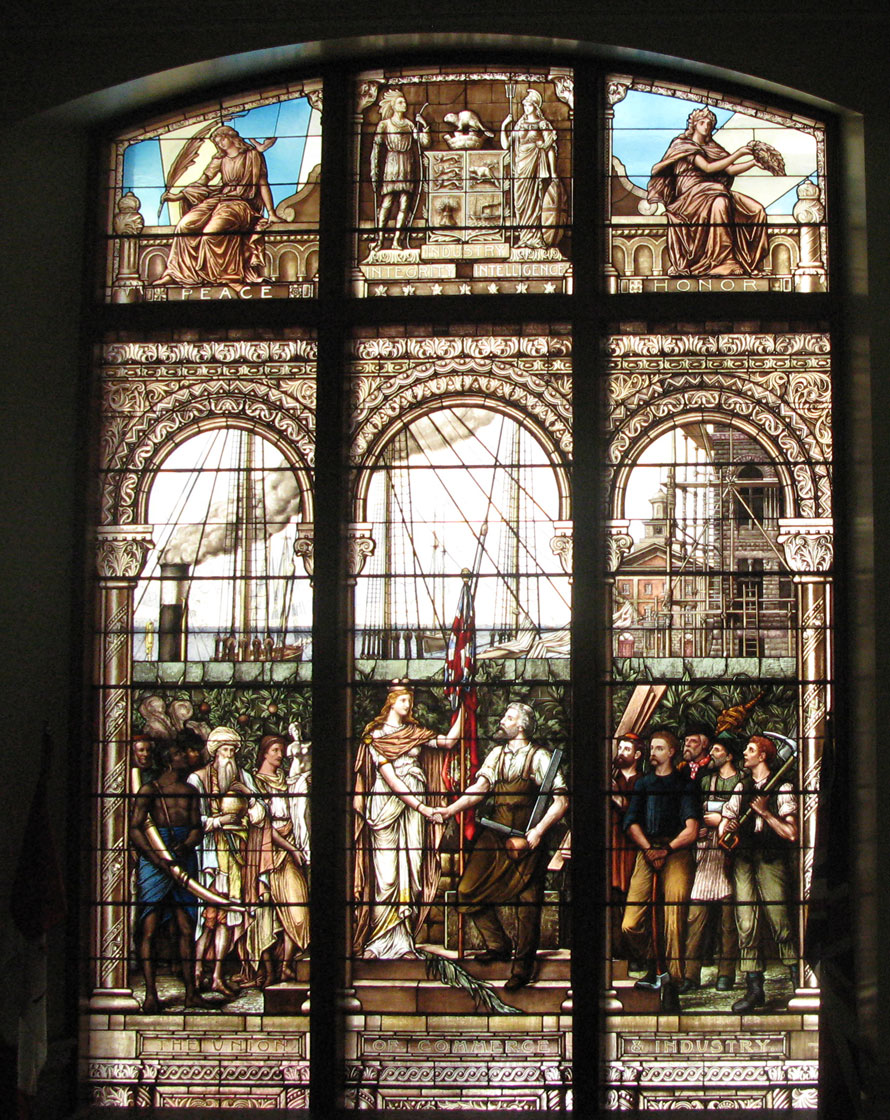 This beautiful and huge stained glass window was made for Toronto’s then-new City Hall at Queen and Bay streets when it was constructed in the late 1890s. The window seems to depict in pictorial form some of the ideals of the city: “The union of commerce & industry.” Virtues cited along the top of the windows are Peace, Honor, Industry, Integrity, Intelligence.” (If only our current City Council could remember a few of these!)

I have not consulted any other authorities, but it seems to me that the window depicts the actual building of the City Hall, seemingly celebrating this achievement as a triumph of Progress. Is that the Old City Hall on Jarvis Street (now the St. Lawrence Market) in the background?

The central panel depicts the handshake between the “goddess” of commerce and the architect holding his T-square in front of a Union Jack, symbol of the glorious Empire. To the left is an array of merchants from the four corners of the globe, each holding their particular trade goods, with the symbol of the arts (classical statue) among them; thus are we enriched by this fortuitous union. To the right, a phalanx of working-class tradesmen given the respect and dignity they deserve as builders of the city. The scene overlooks the harbour where a few ships are seen coming and going; we see the truncated top of a steamship with thick steam and smoke pouring from its funnel — a happy symbol, then, of progress.

Below, a choir poses on the central staircase of the City Hall ca 1912, below the window depicted above. ♦ 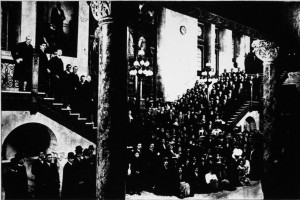