In the spring of 1911, just before Easter and Passover, members of the Toronto’s Queen City Yacht Club considered a motion to exclude “Jews, negroes and people of other undesirable nationalities” from becoming members. This article focuses on Rabbi Solomon Jacobs’s response, which he articulated in a rousing sermon in Holy Blossom Synagogue during the Passover service. Despite the fact that the yacht club’s motion was overwhelmingly rejected, city yacht clubs were indeed “restricted” for many decades.

He Pities Man So Narrow

Pointing Out How Christians Dare Not Insult the People of their Saviour, and Upholding Claim of the Race to Respect for Domestic and Social Virtues 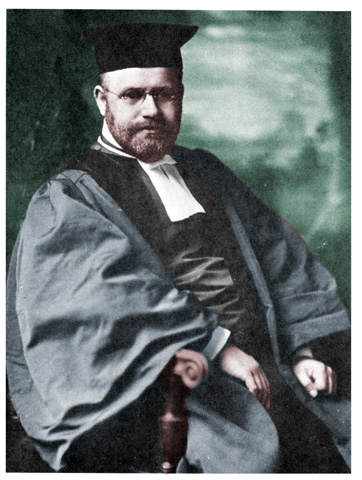 A spirited reply to the notice of motion in the Queen City Yacht Club to bar from membership “Jews, negroes and people of other undesirable nationalities” was given by Rabbi Jacobs yesterday morning at the Passover service in the Holy Blossom Synagogue.

Preaching before a large congregation, he referred to the wonderful deliverances which the Jewish people had had from the time of their redemption from Egypt. It seemed, he said, as if the ancient prophecy had been fulfilled, which said: “Israel is holiness unto the Lord, the first fruits of His increase. They that would devour him shall perish; evil will overtake them, saith the Lord.”

“And even nowadays,” said the preacher, “are there found many who seek to destroy Israel and persecute him in many ways. Only the other day a notice of an amendment was given in some club, to the effect that henceforth ‘all Jews, negroes and people of other undesirable nationalities should be refused membership.’

“One cannot help pitying the man,” continued the rabbi, “whose mind is so poisoned with racial dislike and whose intellect is so impoverished and whose Christian faith and charity must be so small and narrow as to advocate this. One cannot help saying to him:

“’Do you know your Saviour was a Jew? And all that He taught in morality was nothing else but Jewish? Do you know that all the early teachers of Christianity, the martyrs, the early Christian fathers, were of the Jewish stock, and some of them had even been initiated into the covenant? By insulting the people of your Saviour you cast a reproach on His memory. If you are truly Christians, remember the words of your Saviour: ‘This is My commandment, that ye love one another.’

“Why do you hate the Jew? Are not his domestic virtues a proverb? Do you excel him in temperance, in sobriety, or in any of the virtues which grace humanity? Are you even his equal in culture, in mental gifts, in graces of mind and heart? Do you dislike the Jew because he is a criminal? If so, all statistics prove the contrary. In a letter dated only as recently as February 2 last year, the Minister of Justice for this Dominion stated in writing: ‘As compared with the whole body of criminal offences in the country, those committed by the people of the Jewish religion are proportionately few in number.’

“Is it sufficient reason to ostracize a man from any club or society simply because he is a Jew, or belongs to any particular creed or color, and is loyal to the faith of his father? Rather you should cultivate his friendship, and learn from him a lesson of broad-minded sympathy and toleration and constancy, and consistency in religious thought.

“As a believer in Judaism, I would rather belong to a negro club, the members of which have a white heart and are without reproach, than be a member of a society of white men whose hearts are blackened with hate and revengeful feelings against their fellow-creatures on the score of creed and color, who would seek to raise the barriers of racial dislike and persecution in these days of liberty of conscience and educational enlightenment.

The preacher then appealed to the congregation to celebrate the Passover in the old spirit, with feelings of love and broad-minded sympathy for all men, for this was indeed working for the service of God.

The motion in the Queen City Yacht Club, it is stated, met with much opposition, all the officers and ninety-nine per cent of the members being against it. It was withdrawn. ♦