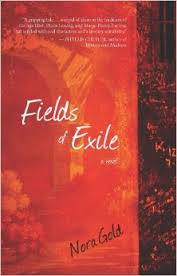 Judith, a thirtyish Canadian who has been in Israel for ten years, returns to Toronto because her father is dying, and promises to stay long enough to earn a degree in social work.

Enrolled in a fictitious college outside of Toronto, she becomes immersed in the inescapable political culture of modern academia — a simmering pot of Marxist grievance, anti-colonization, the celebration of victimhood, and the demonization of enemies.

Fields of Exile, a new novel from Toronto writer Nora Gold, lowers the reader into this ideological cauldron from the perspective of her idealistic protagonist. Judith is a friendly, left-leaning feminist student who at first seems engaged and fascinated by the agenda of her leftist contemporaries.

All her classes — especially the course titled Introduction to Social Justice — seem infused with the same fashionable cocktail of values. She is somewhat naïve, however, for not realizing that her love of Israel will make her an outcast in this crowd.

Bright and knowledgeable about her chosen fields, she soon becomes bored by one of her profs who repeatedly denigrates “the white, Christian, male elite of Canada” for oppressing the masses. At such times she daydreams of making love with her former Israeli boyfriend, Moishe, symbolizing her beloved Israel. She can’t wait for the school year to end so she can return from her temporary galut or exile.

Judith reacts as if she has been punched in the gut, too stunned to speak, when students in her Social Justice class spout anti-Israel hatred while others plead for indulgence and cross-cultural understanding towards Afghan practices that would be regarded as backward and inhumane in the West.

This is not an isolated incident but the front of a wave of anti-Zionism that Judith correctly recognizes as ill-disguised anti-Semitism. Unused to ideological confrontations, she and her friends at first cannot find their tongues; like a rattlesnake, the hateful rhetoric, has seemingly charmed them into silence.

This is the era after the Rabin assassination: Sharon is prime minister and there’s been a spate of suicide bombings; the Israelis retaliate with raids on Gaza, Ramallah, Jenin. Keeping in constant touch with her Israeli friends, Judith hears about each new development as it happens.

“If Israelis don’t want any more of their children to get blown up, then they should give back what isn’t theirs,” one of her campus colleagues asserts. “All of it. Not just the West Bank or Gaza, but Jaffa, Akko, Jerusalem.” 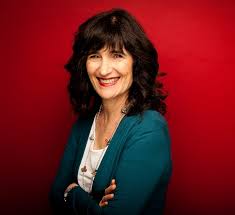 Judith jumps at the opportunity when Suzy, her most friendly prof, invites her to co-chair SWAC, the Social Work Anti-oppression Committee, which coordinates all of the school’s anti-oppression activities. But the experience becomes a nightmare as the committee votes to invite a prominent anti-Israel activist, Michael Brier, to speak on Anti-Oppression Day. Brier calls himself a “soul brother” to the Martyrs of Vengeance, a terrorist group that has been sending suicide bombers into Israel.

Except for Judith, nobody on the committee seems bothered by this. Although she finds her voice, she cannot convince them that Israel and the Jewish people have a right to exist. The campus has become a hotbed of Orwellian doublespeak and mob conformism, a place where having or expressing a minority opinion could be dangerous.

Gold is too skilled a writer to allow this rich novel of ideas to descend into pure polemics. She allows Judith to expose the Israel-Apartheid falsehood, for example, with ideas expressed in interior monologue and in conversation with her Canadian boyfriend, Bobby, and others. And she adeptly explores the notions of subjective and objective realities, and absolute versus relative cultural values, all without seeming to remove the narrative from the realm of the immediate story. Judith remains a well-rounded, passionate woman, much more than anyone’s political mouthpiece; and she will be changed by the events of the story.

Caught in a nightmarish scenario in which justice has been overturned, Judith ends up feeling: “Someone’s crazy here — and I don’t think it’s me.” This is precisely the feeling of any protagonist of a dystopian novel or film noir: isolated, betrayed, mistrusting of people around her, perhaps even on the run.

The story builds up to a campus rally on Anti-Oppression Day, which resembles one of the organized group-hate sessions in George Orwell’s Nineteen Eighty-Four. Otherwise nice folks energetically disseminate the despicable mantra, “End Zionist Imperialist Aggression and the Apartheid Jewish State,” and even that perennial demon known as the blood libel raises its ugly little head. The climax and ending seem fitting, dramatic and, yes, surprising.

Fields of Exile begs comparisons to Shirley Jackson’s The Lottery. It also reminds me of a few deeply-felt novels focusing on social wrongs involving the Jewish community such as Gwethalyn Graham’s Earth and High Heaven (1944) and Laura Z. Hobson’s Gentleman’s Agreement (1947), both of which exposed variations of the polite country-clubbish anti-Semitism of their day. Sadly, the current brew seems a lot more virulent and toxic.

The author of a previous well-received collection of stories titled Marrow, Gold is a highly competent writer and reportedly the first to focus on the shocking anti-Israel climate now prevalent on many Canadian and American campuses. Disturbing and threatening incidents against Jewish and pro-Israel students have been reported at York University and other schools, so the issue is certainly current.

Gold, the editor of the online literary journal Jewish Fiction.net, has long worked on campuses in and around Toronto. Fields of Exile has such a ring of truth and veracity about it that one suspects she was writing from life. (Dundurn Press) ♦

◊ The book launch for Fields of Exile, hosted by the Toronto Jewish Literary Festival, will feature Nora Gold giving a short reading and in conversation with Antanas Sileika. Artscape Youngplace, 180 Shaw Street, Thursday May 29, 2014, 7:30 p.m.