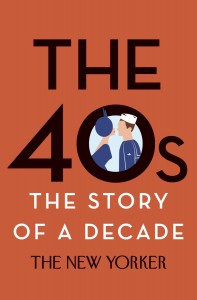 Monuments Men, a new movie directed by George Clooney and starring Clooney and an impressive roster of A-list actors, tells the story of the special Allied unit tasked with rescuing artistic treasures looted by the Nazis from European museums and galleries during World War Two. The film is based loosely on Robert Edsel’s 2009 book The Monuments Men, in which Edsel sought to relay the “previously untold” story of how the looted art was tracked down.

However, if one were to engage in a bit of cultural archaeology, one would find that Edsel’s “untold” narrative had numerous antecedents, among them a lengthy article by Janet Flanner that appeared in The New Yorker magazine on March 8, 1947. As Flanner noted, the Monuments Men’s first big discovery came in April 1945 when they found a spectacular cache of subterranean treasure troves hidden in a sulphurous mountain in Siegen, Germany, including works by Rembrandt, Rubens, Van Dyck, Delacroix, Van Gogh and Holbein.

As Flanner noted, the team recovered more art treasures in another mountain four days later, along with hundreds of bags of gold and some “sordid boxes of gold fillings from Jews’ teeth and their gold wedding rings, which the Nazis had thoughtfully saved from the concentration camps at Auschwitz and Buchenwald.” Other discoveries included an array of caskets containing the remains of Hindenburg, Kaiser Friedrich Wilhelm I and Prussian king Frederick the Great. A paper label was attached to each coffin lid bearing the name of the occupant scribbled in red crayon.

Flanner ended her piece by noting that the Americans, who were the chief force behind the formation of the Monuments Men, ultimately backtracked somewhat on their stated goal of returning the art to the conquered German nation. Instead, they took at least some of the art into “protective custody” and transported it to the National Gallery in Washington, where, they said, it would be properly cared for. (The Russians, of course, also expropriated many of the artistic spoils they found during the war; many magnificent paintings were kept out of sight for decades until they were cautiously exhibited by The Hermitage in the 1990s.)

One of the risks of reading an old historical account such as Flanner’s piece is that we don’t necessarily know how the story ends: unless we do further research, we remain unapprised of important developments that may have taken place after the story went to press. Still, it can be intellectually exhilirating to read some of the original raw reportage that becomes the stuff of history. That is why The 40s: The Story of A Decade, an omnibus of pieces from The New Yorker, seems so interesting and even thrilling to read after the passage of about seven decades.

Editor David Remnick has stuffed these nearly 700 pages full of intriguing short and long pieces that mirror the book’s two main concerns of history and culture, both within America and abroad. The first section, on The War, features pieces by famous correspondents such as E. B. White, A. J. Liebling S. N. Behrman and John Lardner ranging from two pages to a book in length: the section ends with the full harrowing text of John Hersey’s Hiroshima, describing the nuclear destruction of that Japanese town on a deeply human and tragic scale. 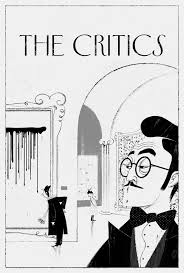 The sections on American Scenes, Postwar, and Character Studies include pieces by more legendary writers — Edmund Wilson, Rebecca West, Lillian Ross, St. Clair McKelway. As a movie lover, I found Ross’s take on the red scare in Hollywood (1948) especially interesting for its details on how the Committee on Un-American Activities influenced the content of movies. Humphrey Bogart has some heroic-sounding lines in Key Largo, for instance, that closely paraphrased quotes by President Franklin Roosevelt.

As Ross reported, the Motion Picture Alliance for the Preservation of American Ideals published an industry movie-making guide in which it articulated such commandments as “The treatment of bedrooms must be governed by good taste and delicacy,” and “Don’t give to your characters — as a sign of villainy, as a damning characteristic — a desire to make money.” The famed director William Wyler told Ross that Hollywood’s new story restrictions spelled the end for serious films exploring important themes such as The Grapes of Wrath and Crossfire.

Given that this is The New Yorker, the articles are generally very good. The character studies focus on many notables of the period — Walt Disney, Edith Piaf, Walter Winchell, Thomas Mann, Duke Ellington, Albert Einstein, Eleanor Roosevelt — most of whom still command our interest and attention today.

The anthology also presents a section on The Critics, offering an intriguing assortment of worthy pieces on books, movies, theatre, art, architecture and music. As expected, there are also sections on Poetry and Fiction, the latter featuring the iconic stories “The Enormous Radio” by John Cheever, “The Lottery” by Shirley Jackson, and others by John O’Hara, Irwin Shaw, Vladimir Nabokov and V. S. Pritchett.

On the whole, although not everything in the book interests me, I found The 40s: The Story of A Decade, to be an irresistable grab-bag of literary-historical treats.
* * *

YIVO and the Making of Modern Jewish Culture: Scholarship for the Yiddish Nation, by Cecile Esther Kuznitz (Cambridge University Press)

This is the story, never told at length before, of YIVO, one of the most significant institutions of Jewish (Yiddish) culture, from its beginnings in Vilna in the early 1920s to its fateful move to New York in the 1940s as the Nazis trod over Europe. During the Nazi occupation some YIVO workers hid or smuggled out many important books, manuscripts, artwork and ritual objects; although YIVO’s Vilna headquarters was destroyed, a lot of the hidden material survived. This scholarly work offers a detailed history and concludes that YIVO’s “symbolic importance” seems to rise far above “its inability to realize its most ambitous plans” and the “less exalted reality of its day-to-day existence.”
* * *
Escape, Evasion and Revenge: The True Story of a German-Jewish RAF Pilot Who Bombed Berlin and Became a POW, by Marc H. Stevens (Pen & Sword Books)

The author, a Torontonian, researched and wrote this account of his father’s extraordinary activities during World War Two, a project he began after learning, seven years after his father’s death, that his father had been Jewish. He uncovered many details of his father’s wartime exploits using freedom-of-information requests to attain previously classified documents from the British government. The author’s website is www.marchstevens.com ♦