Sailor and Fiddler: Reflections of a 100-Year-old Author, by Herman Wouk (Simon & Schuster)

This slim volume, which the author describes as a “non-autobiography,” will be of special interest to people interested in literature, for it focuses primarily on Wouk’s writing life and how he came to create such popular works as The Caine Mutiny, Marjorie Morningstar, Youngblood Hawke, The Winds of War, and War and Remembrance, among a stream of other novels, non-fiction books and plays.

For a writer known for pounding out words profusely from a typewriter, Wouk is remarkably restrained here, and he uses mental shorthand and telegraphic allusions to compress his remarks even further. Yet despite the terseness and overall inadequacy of these pages to stand in as an autobiography, they are filled with revelations — not the least of which is that the 100-year-old literary progenitor is still on this side of the turf.

Unlike the proverbial old soldier, Wouk evidently prefers not to fade away into that good night. In actual fact he was never a soldier. He sidestepped a WWII US-Army draft notice and joined the navy instead — hence the “sailor” of the title. It was the comedian Fred Allen, for whom Wouk had been ghostwriting for five years, who typed a funny letter recommending him as a naval officer that led to this momentous turn of fate. During his time in the South Pacific, he wrote a first novel, Aurora Dawn, and ultimately poured the experience into the highly successful The Caine Mutiny.

Readers who appreciate writerly insights will enjoy such spare passages as the following: “I [wrote] The Caine Mutiny in a year, which I can now scarely believe. As John Steinbeck said of his quickly written early work, ‘I was hungry then.’ I read the book to my wife chapter by chapter as I wrote it. At one point she remarked, ‘If they don’t like this one, you had better try another line of business.’” The book came out in 1951, won the Pulitzer Prize, and dominated the bestseller lists for nearly two years.

Marjorie Morningstar was “an indigestible monster of overwriting,” according to one editor, but another pre-publication opinion averred that Wouk should not remove a word of it. Book reviewers were equally of two minds, but that didn’t stop Time Magazine from putting Wouk on the cover in 1955. That’s when Fred Allen told him, “Just remember this. For every step you take up the ladder of success, you will get a prick from the porcupine of grief.” Marjorie Morningstar was said to be the first major novel about American Jewry. 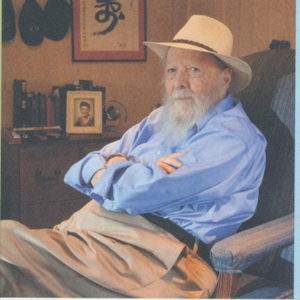 Wouk was in the middle of writing Youngblood Hawke — “The pages had piled up, I had a book-length script in hand, yet I felt the story was just getting started” — when his wife-mentor-agent informed him he would be writing about Europe instead. Deeply impressed and moved by Raul Hilberg’s “masterpiece” The Destruction of the European Jews, Wouk met Hilberg at the University of Vermont; Hilberg convinced him he had to go to Germany — a place Wouk had resolved never to set foot in — to begin research on what would become his “main task.”

Wouk had set his sights on a big war novel with the Holocaust at its centre; the project ultimately became the two monumental books, The Winds of War and War and Remembrance. “The main task I had set for myself was to bring the Holocaust to life in a frame of global war,” he writes. The two books became bestsellers and were the basis for two huge television mini-series.

In the “fiddler” section of Sailor and Fiddler, Wouk offers background to his various books set in Israel and on Jewish and humorous themes and topics. (“Fiddler” is a shorthand reference to the legendary Sholem Aleichem.) His books The Hope and The Glory, for instance, deal with Israel and the Arab wars; in the latter, the American David Goodkind visits his ailing mother in Israel and returns with a vital diplomatic message from Golda Meir to President Richard Nixon at the height of the Watergate crisis. Wouk is also the author of This Is My God, a popular summary of key aspects of Judaism that came out in 1959.

Wouk had read of an Israeli colonel who rushed home early from his honeymoon in Nepal, arrived back in Israel on the war’s second day, and rushed to a battle front in the Golan Heights. Wouk made official requests to find this colonel but was stymied and stonewalled at every turn. Then he asked a retired military friend, who laughed and said, “Why didn’t you ask me first? He’s my cousin.” He met the heroic colonel and wrote about him in his nonfiction book, The Will to Live On.

Because of his illustrious career, Wouk encountered a spectrum of prominent personalities from actors and directors to presidents. The British philosopher Isaiah Berlin once encouraged him to write an autobiography because “you’ve traveled, you’ve known many people, you have interesting ideas, it would do a lot of good.” For whatever reason, perhaps because he left it too late, Wouk has left dozens of his unedited journals for his sons to pore over and publish in their own good time. In the meantime, we get Sailors and Fiddlers, which, for all its richness, is really a poor substitute.

Perhaps as befits a man of 100 with only precious time at his disposal, Wouk gives us fleeting, telling glances of a few VIPs, such as President Lyndon Johnson when Wouk served for a spell as White House speechwriter. “One memory of this odd swift passage will be with me until I die,” he writes, and describes encountering Johnson with two advisors in an anteroom reading a long dispatch, supposedly from Vietnam, and bad. “Lyndon Johnson happened once to glance up and meet my look. The cold veiled eyes of a master politician scared me.”

The book also features a tiny cameo of Charles Laughton and a few other celebrities. We are also given the spare but lovely outline of Wouk’s wife and guiding light through nearly seven decades of marriage. But these reflections are mostly professional, not personal, in nature. Wouk informs us in a sentence of the shocking drowning death of a young son, then peremptorily moves on.

Reading between the lines, readers will discern certain inescapable facts. First, Wouk must have been a smart and voracious reader, for he seems to know literature inside out, a prerequisite for many a good writer. Second, he worked hard and long, since he seems to have written industriously and copiously, moving from one project to the next with hardly an idle moment in between. He enjoyed an envious success that included bestselling books, a big Broadway drama, and huge television miniseries. In all, Sailor and Fiddler is a small but fitting cap to a long and accomplished career. ♦