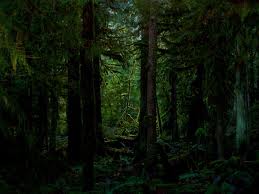 Five people who survived the Holocaust in a makeshift shelter in a Ukrainian forest were reunited recently in Toronto for the first time since their liberation by the Russians in April 1944.

The five are the only remaining survivors of an original group of ten women and children from Rokitno, a town in the Volhynian district of Ukraine, who survived together in the forest for nearly two years. Although several now live in Toronto, they had never all gotten together until last month, to coincide with the visit here of Chaim Bar Or, a retired Egged bus driver from Haifa.

“If you can picture a group of grown-up people crying like babies, that’s what it was like,” says Larry Gamulka, a retired English teacher who lives on Bathurst Street. “We remembered every little detail.”

Gamulka was seven years old the day the Germans and Ukrainians, on the pretext of conducting a census, rounded up the Jews in Rokitno’s market-square and began to slaughter them with machine-guns. Amidst the wild pandemonium, some people, including Gamulka and his mother, Gitel, managed to escape into the woods. 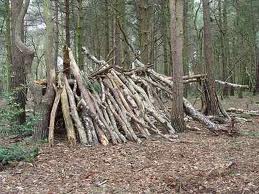 Deep within the forest, ten refugees built a lean-to for shelter. Aided by some partisans, they enlarged the lean-to into a crude construction known in Ukrainian as a kurin, or “smoker.” It is essentially a low dug-out with earthen walls, and a roof made of branches with a hole to allow the smoke from a fire to escape. It was their home, summer and winter, for nearly two years.

“In the summer we would pick berries in the woods, which were plentiful. The fall and winter were tough.”

“At night my mother and the older people would go out to the nearest village (5 km away) and beg,” Gamulka recalls. “They would literally knock on doors at the peasants’ houses and beg for something to eat. Sometimes they would get a potato, sometimes they would be chased away …. Some peasants were very kind; they themselves didn’t have much to eat, but they would give a few potatoes, once in a while.”

They had no matches, so had to keep the fire going, day and night, season after season. They had no axe, so had to break the branches off the trees by hand. They had no shoes, so had to go barefoot, even in the snow. They were half-starved, and infested with lice and scabies. Their clothes were rags. 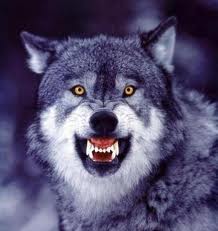 “Sometimes,” Gamulka says, “we had visitors — wolves.” Then he explains, knowledgeably: “The only way to get rid of them was with burning pieces of wood. They don’t approach you if you have fire in your hand.”

Two of their party, Dvoshil Svetchnik and her daughter Henya, died of dysentery and hunger. “We buried them in the woods. It was an experience that all of us still live with.”

After the Russians liberated the surviving members of the group, their paths diverged dramatically. Lave Svetchnik went to Israel (where he adopted the name Haim Bar Or). Samuel Levin also settled in Israel but his brother, Alex, became a captain in the Russian army; both later relocated to Toronto.

After liberation, Gamulka and his mother went to Bytom, a town in Silesia; they lived briefly in Linz, Austria, and came in Montreal in March 1948. Although he could not speak English when he arrived, Gamulka attained an MA in English literature and worked as an English teacher in Montreal. A husband, father and grandfather, he lost his mother in 1994 and moved to Toronto only recently.

Gamulka says that three of the survivors found each other after reading an article about one of them that appeared several years ago in the Canadian Jewish News.

“The four men all have memories from the forest, but the little girl (Taibele) who was only three, doesn’t have any memories.

“The happy news is that the five of us have made very good lives for ourselves,” he says. “We’ve managed. We enjoy life.”

Out of Rokitno’s roughly 2,000 Jews, only 200 or so survived the war, Gamulka says. His father, who was in the Russian army, was captured by the Germans and killed for being a Jew.
His wife, Ala, has been helping to translate the yizkorbuch or memorial book for Rokitno from Yiddish into English. “It’s the most fascinating kind of work you can do,” she says. ♦

This article was  distributed by the Jewish Telegraphic Agency and published around the world in both English and Yiddish. © 2001