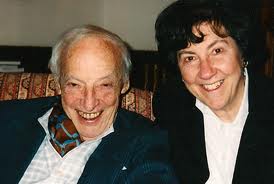 Ruth Wisse, the noted author and professor of Yiddish literature, told a large gathering at the Leah Posluns Theatre during the 16th annual Jewish Book Fair that she was greatly influenced in her salad days by a circle of New York liberal intellectuals that included Lionel Trilling, Irving Howe, Harold Rosenberg as well as “my favourite novelist, Saul Bellow.”

Many writers in this circle, whom Wisse described as great thinkers with tremendous political courage, produced articles for journals like Commentary and the Partisan Review that reflected their elevated sense of politics and culture. “Yet,” she said, “they failed to notice the war against the Jews in the 1940s that succeeded in destroying most of the Jews of Europe.”

Many of them acknowledged their blind spot in their memoirs, she said. “Hardly one (of their memoirs) does not express regret at this oversight, for not having been Zionists, for not having stepped in and done something for the Jews at this most terrible time.” However, she repeated a Yiddish proverb: “Three things always come too late — wisdom, regrets and the fire brigade.”

According to Wisse — whose latest book is “If I Am Not For Myself: The Liberal Betrayal of the Jews” — liberal intellectuals who put their faith in reason, social progress and the inherent goodness of man have developed sophisticated strategies for escaping a most painful reality. That reality is simply that the Jewish people have always had ruthless antagonists who will settle for nothing less than their destruction.

When the war against the Jews heats up, liberal thinkers invariably abandon the Jews and “flee the battlefield,” Wisse observed. Some simply ignore anti-Semitism while others perceive it in a universal context of human rights, she said. The latter approach “is self-defeating because the enemy comes and reverses it and says it’s the Jews who are committing the human rights abuses. You end up being accused in the same language you wanted to use for your protection.”

An “awful symmetry” pervades the 20th century, said Wisse. In the first half, Germans, Poles and others projected a variety of odious qualities onto the Jews, then attacked them. Now a parallel obsession grips the Arab world, from which much anti-Semitic propaganda flows.

“I believe that opposition to the Jews is used by Muslim autocrats and dictators, just as it was in Europe in the first half of the century,” said Wisse, suggesting that Jew-hating national leaders use anti-Semitism to unite their nations in hatred and to divert attention from important domestic issues. 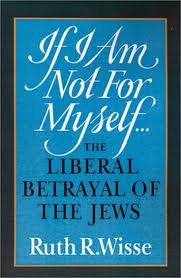 The Jews have big noses, wear peculiar costumes and speak a strange tongue: anti-Semites throughout history have used such complaints to justify anti-Semitic words and deeds and to impose unreasonable demands upon the Jews, Wisse said.

It is foolhardy to attempt to change yourself to accommodate enemies who do not recognize you and are bent on your destruction, she said. “I believe that the Jews could not modify their behaviour to satisfy the Poles. It was up to the Poles to modify their behaviour. This is what liberalism is unprepared to say.”

Similarly, no concession to Arab demands, no surrendering of land or prisoners, will persuade the Arab nations to come to terms with Israel, she said. “Jews cannot bring peace to the the Middle East because Israel did not initiate war in the Middle East. The ideal Jewish state in the Arab point of view is no Jewish state at all.”

The persistence of anti-Semitism in the world and the failure of liberalism to defend the Jews are themes that Wisse deals with in her book. “It’s not the kind of subject that you look forward to writing about,” she said. “It’s not a happy subject. I was miserable writing the book and had to invent all kinds of strategies for myself.” ♦