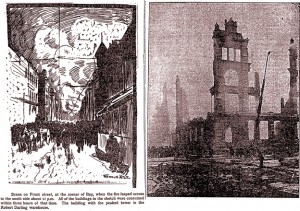 As a delicatessen delivery boy, Samuel Aaron Harris was standing on the bridge spanning the railway tracks at the foot of York Street, watching the flames consume the city of his birth.

It was a spectacular sight for the sixteen-year-old boy. The blaze on April 19, 1904  destroyed much of Toronto’s downtown and wreaked more than $10 million in damage on the city.

Harris, aged ninety in 1978, told the Canadian Jewish News his recollections of that day. He parked his bicycle in a doorway and wandered up Bay Street about nine in the evening. He claimed to be one of the first on the scene of the fire, which, he said, started about ten at night.

The flames moved quickly from building to building, leaping in the wind, and “I had to run like hell to get my bicycle out of there,” he recalled.

Harris had paid $10 for the bike and it was his livelihood, at least after he left Phoebe Street school each afternoon. It was then that he rode the bike to his family business at the Chicago Delicatessen, 233 Queen Street West, to relieve his father behind the counter.

Established in 1900, it was Toronto’s first deli. The Harris family set up the restaurant after nine years of disappointment and failure in Detroit and Grand Rapids, Michigan. The family came from Europe to the United States in 1891 when Samuel was three years old.

Harris delivered packages of corned beef and other deli delights to customers in and around the Ward, an area of Jewish concentration in the old downtown. The job left Harris little time for study and he left school after a three-year stint at Jarvis Collegiate. His younger brothers, however, became doctors — William Harris delivered babies and Louis J. Harris became a well-known Toronto gynecologist.

Harris married Rose Geldzaeler in 1916; she died two weeks before their 50th wedding anniversary in 1966. Their son, Sydney Harris, became a provincial judge and rose to prominence as national president of the Canadian Jewish Congress. Their daughter, Thelma, earned a master’s degree in education and married Albert Rose, a professor and one-time dean of social work at the University of Toronto.

Harris retired from the sales profession at age eight-three. His advice to young people? “If you can afford it, don’t give up your education.” ♦ 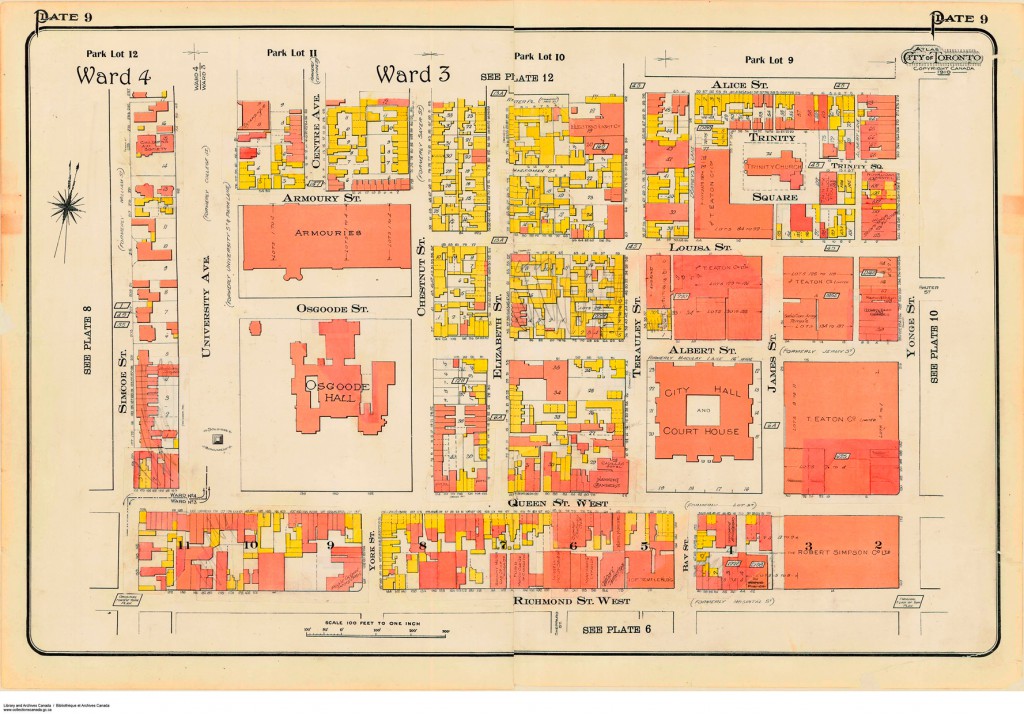 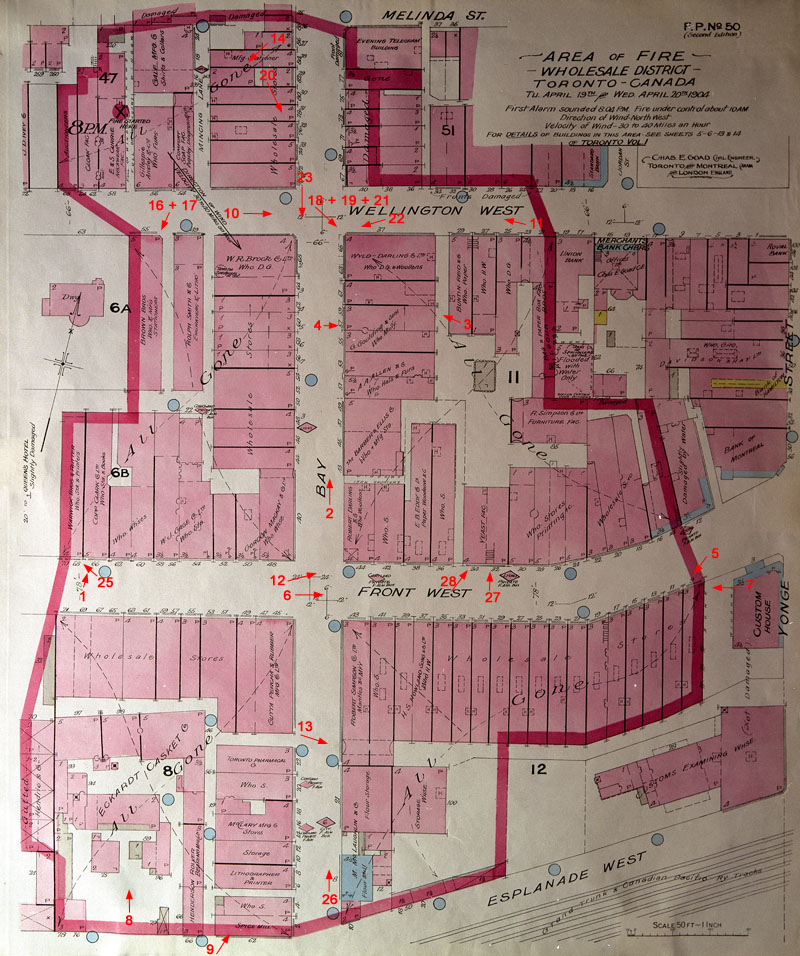