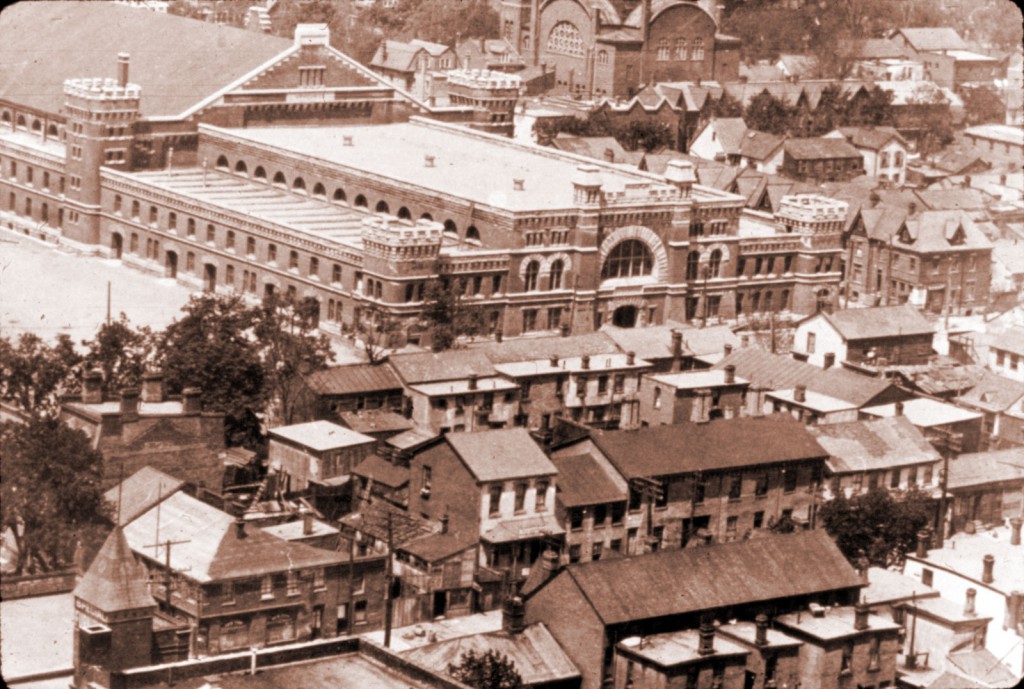 Photo: Section of the Ward, ca 1910s, from Louisa & Albert Streets at lower left, the Armouries at centre, and the old University Avenue Synagogue seen from the back (it faced onto University Ave., midway between Queen and Dundas)

The neighbourhood known as “the Ward” was one of the most colourful areas in the city’s history, yet has been almost forgotten. A section of the old political division known as St. John’s Ward, the “Ward” was unofficially bounded by Queen, University, College and Bay (formerly known as Teraulay). A century ago, this district was primarily a landing zone for recent immigrants — mostly Jewish, but also Italian, Portuguese, Chinese and other nationalities. Its streets teemed with what the rest of the city saw as “foreigners,” so much so that it was often referred to as Toronto’s “foreign quarter.” 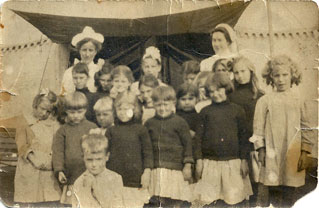 The area abounded with row houses, stores, factories, junk yards, restaurants, stables and other establishments, all mixed together; its odoriferous streets and muddy back-lanes prompted concerns that the area was a breeding ground for disease and its very air was unhealthy, especially for young children. Hence the rise of the Toronto Daily Star’s “Fresh Air Fund,” which was started to give the children of the Ward a couple of weeks of fresh air and sunshine in the country each summer. (Photo from private collection shows children on Toronto Star Fresh Air Fund excursion.)

The Toronto city directories give us an extremely useful glimpse into the streets of the Ward, and document the high number of immigrant families they contained. What follows are pages from the 1913 city directory showing the key streets on which Jews and other immigrants lived. Most are in the “Ward” but there are a few “outliers” such as D’arcy and Claremont where the names seem predominantly Jewish. These pages are from the Might’s Directory of 1913; please refer to the original for additional information or for other streets. There is an excellent run of these directories on the 9th floor of Toronto’s Robarts Library; also try the main branch of the Metropolitan Toronto Reference Library, genealogy department.

For a good map of Toronto streets in 1914, please click on the link.♦ 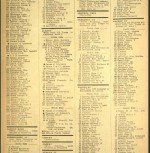 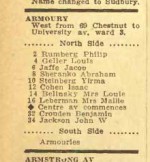 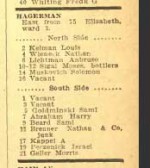 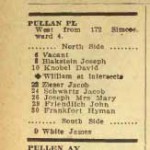