The Biblical account of the creation of the universe is in “complete and remarkable agreement” with the latest findings of modern cosmology, notes a leading Israeli physicist who has written a book on the subject.

“At least regarding the first chapter of Genesis, the era of contradiction between Torah and science is over,” says Professor Nathan Aviezer.

Chairman of the department of physics at Bar-Ilan University, Aviezer has made important research contributions to the theory of the electrical resistivity of metals. An observant Jew, he has made a sideline of demonstrating the scientific basis behind the Biblical story of creation. His book, In the Beginning: Biblical Creation and Science, has been reprinted seven times since it was first published by Ktav Publishing House in 1990.

The creation of all matter out of nothing (ex nihilio); the divine wish for illumination as expressed in the phrase, “Let there be light”; the primeval chaos out of which the world was born; the separation of the light from the darkness — all of these events, as described in Genesis, are “completely consistent” with our understanding of the stages of the universe’s first moments, he says. 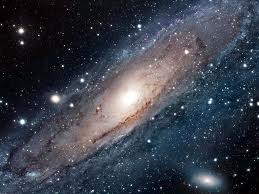 According to the Newtonian or “steady-state” model of the cosmos prevalent until the early 20th century, the universe was regarded as eternal and matter could neither be created nor destroyed. This placid state of affairs changed radically after Einstein, Aviezer notes. In 1946, astronomer George Gamow turned the science of cosmology on its ear by proposing the big bang theory of creation, which posits that the universe exploded into being in a giant fireball some 15 billion years ago, and has been expanding ever since.

Aviezer reviews some of the major scientific findings that have helped to reinforce the big bang theory as the leading cosmological model of the times. A key finding came in 1965 with the discovery by American scientists Arno Penzias and Robert Wilson of electromagnetic radiation coming simultaneously from all corners of outer space, presumably left over from the big bang explosion.

Astronomers such as Edwin Hubble later showed that the universe is expanding, just as the theory had predicted; the rate of galactic expansion, known as the Hubble constant, is still a matter of intense debate. More than half a century of diverse scientific discoveries and measurements like these has all but confirmed that creation occurred according to the big bang cosmological model, Aviezer says.

“Today a scientist can take clear measurements to show that the universe was created. It’s no longer a matter of faith. The creation of the universe has become an established fact.” 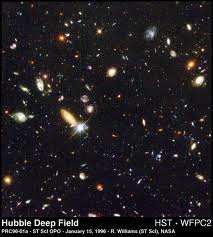 Even illustrious physicists such as Stephen Hawking of Cambridge (“an atheist”) do not dispute that the universe was created and has existed for a finite period of time, he says. “The term ‘creation’ has clearly left the private preserve of the biblical scholar and has entered the lexicon of science.”

The big bang theory posits that all matter initially occupied a relatively tiny space at such an extraordinarily high density and temperature that its atomic structure was crushed into a thick chaotic soup of protons, electrons and nucleii, known as plasma.

Because the particles that make up plasma carry an electrical charge, they supposedly “trap” light and prevent its free passage. “Light is incapable of shining through plasma,” Aviezer says, explaining that when the nascent universe pushed outwards at breakneck speed — “suddenly the plasma became transformed into atoms and molecules, and light shone throughout the universe.”

The appearance of light occurred as instantaneously as if someone had thrown a switch, he says, noting that this step corresponds to the Biblical statement, “Let there be light”.

While Scripture says these events occurred in one day, the word “day” should not be interpreted to mean a 24-hour period. “The Biblical days are not intended as periods of time at all. They are phases in the development of the universe.”

Even Maimonides believed as much, Aviezer says. The towering medieval Jewish philosopher devoted an entire chapter (II:25) of his Guide to the Perplexed to discussion of this issue. “He said that we are not to understand the Biblical days literally — that they are figurative and meant to represent stages in the creation of the universe.”

Aviezer refutes the arguments of Jewish secularists who dismiss the Torah as being a collection of myths, superstitions and fables with little scientific validity. “They call it folklore from a primitive tribe that wandered around in the desert thousands of years ago. This has become the opinion of many people in Israel — but not the scientists.”

Alternately, to those believers who are suspicious of the transitory nature of scientific enquiry, he observes that while the steady state concept of the universe was based “more on what a man felt in his kishkes [internal organs]”, modern cosmology is based on a solid bedrock of empirical observation.

“The big bang theory is the first cosmological theory based on hard evidence that we can measure with our scientific instruments and our telescopes,” he says. “There has not been a theory in the history of science with so much proof. Come back in 50 years and I’ll be telling you the same thing.”

Although the Torah was not presented as a scientific treatise, Aviezer says it is largely compatible with recent developments in astronomy, cosmology, geology, biology, archaeology and other sciences. “If there are questions, let there be questions!” he exclaims. “Nobody every died from a question. Questions should never be a cause for concern. I think the absence of questions should be a cause for concern.”

“Today faith is not blind. There is harmony between the Torah and science. The Jew of the 21st century doesn’t have to choose between the latest scientific theories and being faithful to Torah traditions that are thousands of years old. You can have your cake and eat it too.” ♦