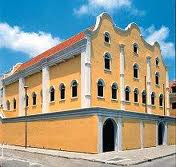 Jewish passengers on Caribbean cruises often become excited after their ship docks at Curacao, the little stringbean-shaped isle 63 km off the coast of Venezuela, when they discover that the island is home to a Jewish community with roots that go back nearly 400 years.

A rugged and hilly outcropping, Curacao is part of the Netherland Antilles and home to about 160,000 inhabitants. Although most are Catholics, they represent about 80 nationalities and speak four languages: English, Dutch, Spanish and Papiamentu, the local dialect. Curacaoans are proud of the island’s small but prominent Jewish population of about 600, whose ancestors found sanctuary here in the centuries after the Spanish and Portuguese expulsions.

The first group of Jews arrived in Curacao from Amsterdam in 1651 and were later joined by Jews fleeing from Brazil which the Portuguese had captured from the Dutch. Centered in the capital city of Willemstad, the Jewish community was founded in 1659.  Today the island’s Jews are custodians of the elegant Mikve-Israel Emmanuel Synagogue, which is in its fourth building and dates from 1732. It is reputed to be the oldest surviving synagogue in the New World. 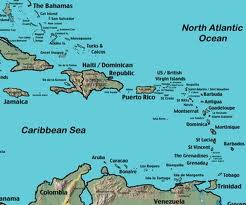 A traditional Sephardic structure, Mikve-Israel Emmanuel blends in well with the city’s many examples of fine Dutch colonial architecture. A longstanding government edict prohibiting white buildings is still loyally followed. Most walls in town are bright creamy yellow or orange, including those of the synagogue.

The synagogue retains a sand-covered floor, ostensibly for two reasons. First, the sand is reminiscent of the wanderings of the children of Israel through the desert. Second, the sand was used in post-expulsion Spain to help muffle the sounds of prayer at a time when Jewish worship was a crime punishable by torture or death.

In the last quarter of the 17th century Jews established plantations of sugar cane, tobacco, cotton, indigo and citrus in Curacao and other islands of the Netherlands Antilles. They also played an important role in the country’s commerce, especially in the import of supplies from Europe and the export of tropical produce. With the expulsion of Jews from the French islands of Martinique and Guadeloupe the number of Jews in Curacao increased and by 1780 reached 2,000, constituting more than half of the white population. The Curacao community became the “mother community” of the Americas and assisted other communities in the area, mainly in Suriname and St. Eustatius. It also financed the construction of the first synagogues in New York and Newport, R.I. 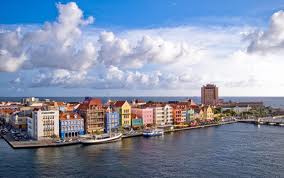 By 1946 Jews in Aruba were sufficiently numerous to organize for worship and to plan Hebrew classes, a social center, and in 1962 a synagogue. In the 20th century many Ashkenazi Jews settled in the Antilles and today they account for a majority of the Jewish population. However, by the mid-20th century the number of Jews started to decline, primarily due to emigration and intermarriage. Today there is still a community Hebrew school and kosher food is available.

Mikve-Israel Emmanuel Synagogue, which is Sephardic Reconstructionist by denomination, houses a small museum about Jewish life on Curacao. Considered one of the major historic sites to see in Willemstad, the architecturally-grand building receives some 15,000 visitors annually, and Shabbat services are still occasionally performed there. Its rabbi is Aaron Peller, an American from Buffalo, N.Y. (An Ashkenazi Orthodox minyan meets more regularly at another shul in the suburbs.)

Languishing in tropical heat, refreshed by constant tradewinds, Curacao is in many ways a study of contrasts. Despite high unemployment, there are about 50,000 cars on the island, one for almost every three people. And on this island where one old-fashioned thatched-roof hut still stands, the government and private interests joined together to build a $20-million ultra-modern convention facility.

Plantation landhouses dot the hilly green landscape, most of them elegant old mansions that overlook vast estates. They provide a strong contrast to the small pitiful cement huts that once housed the slaves who worked the plantations. There was an important slave revolt here in 1795, six years after the French Revolution that probably inspired it. But emancipation did not finally come to the island until 1863.

The largest of the five islands that comprise the Netherland Antilles, Curacao must compete for tourists with Aruba, which dropped out of the Netherland Antilles in the 1980s and which is said to have better beaches, hotels and attractions. But if it’s Jewish history you want, you can do no better than to come to Curacao. ♦