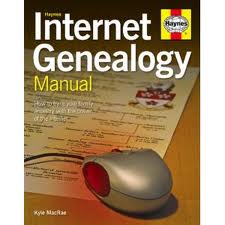 The internet-based genealogical company Ancestry.com has added a major series of Jewish collections to its website, including many data bases that may be searched free of charge for users who open a free account.

The data bases originated at the popular website Jewishgen.org, where they are still available. A volunteer-built, non-commercial site known as the home of Jewish genealogy on the internet, Jewishgen recently signed an agreement allowing Ancestry to offer the data bases simultaneously on Ancestry.com.

The deal helps Jewishgen attain valuable new funding and Ancestry a valuable new customer base. A third party to the agreement is the American Joint Distribution Committee.

I typed the generic Jewish name “Abraham Cohen” into the search engine and clicked on the Search button. Up came an impressive list of hits. There are 308 Abraham Cohens in the JewishGen Online Worldwide Burial Registry; 15 in a list of US consular posts in Israel from 1857 to 1935; five in a Belarus names index; three in a list of US civil war veterans.

Good old Abe appears everywhere from Galveston to Galicia. There are more than 100 linked data bases to explore, some requiring an Ancestry subscription. The name Sarah Levy produced a similar cornucopia of references. The field narrows considerably, however, when one types in a less common name such as Naftolin, the surname of my maternal grandparents from Belarus. Up comes a variety of Lithuanian birth, marriage, divorce and passport records, as well as material from Belarus, Canada and the United States.

Ancestry’s huge variety of 26,000 data bases — census lists, border crossings, passenger manifests, newspaper obituaries and similar material, ad infinitum — was already the most powerful assortment of genealogical tools on the planet. With the added Jewishgen lists, Ancestry now overshadows Jewishgen as the premiere site for Jewish genealogy on the internet.

The site features an introductory essay titled “Where Do I Begin?” by the well-known genealogical publisher Gary Mokotoff. The first step is to record everything you already know about your family, then speak to relatives and others with information about your family.

Mokotoff advises researchers to make full use of Ancestry.com but also to visit Jewishgen for use of additional important data bases found only there. Two examples are the Jewishgen Family Finder (JGFF), which offers a list of family names and ancestral towns being researched by some 80,000 genealogists worldwide; and the Family Tree of the Jewish People, a data base of more than 2.5 million people.

Mokotoff also suggests becoming involved with a local Jewish genealogical society such as the Jewish Genealogical Society of Toronto (www.jgstoronto.ca)