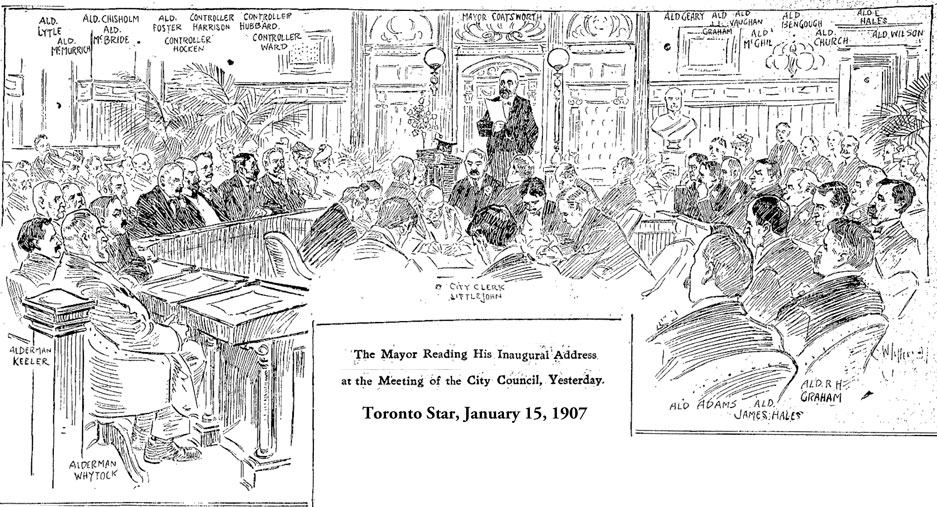 The illustration appeared in the Toronto Star on January 15, 1907, as the city welcomed a new city council into City Hall. The mayor was named Coatsworth. Note that there are no women councillors; however, it seems there are a few women present (note their distinctive hats) in the gallery in the background. In early December 2014 — more than a century later after the above gathering took place — Toronto’s new city council met for the first time at Toronto’s (new) City Hall. The new mayor is John Tory — we heartily welcome him to City Hall and look forward to his tenure and the certain improvements that it will bring. ♦