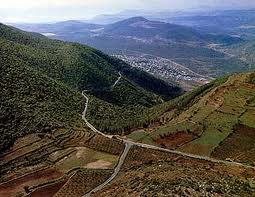 Israel’s Upper Galilee is famed for many things, including natural beauty, archaeological ruins, and being the source of the Jordan River. Visitors could easily spend much time in this region, touring parks, ancient sites, museums and towns like Kiryat Shmona and the fascinating mystical jewel known as Safed.

The towering forests and rippling waterways of the small but scenic Dan Nature Reserve sharply contradict Israel’s image as a desert country. The greenery here is as lush and idyllic as any sylvan scene in southern Ontario. A hike through these woods involves crossing several rushing creeks and pools so pure that visitors may kneel down, cup their hands, and drink. Emerging from rock springs, these are the frothy headwaters of the Jordan River.

After hiking for about twenty minutes, one emerges at a clearing where an archaeological site — the ancient city of Tel Dan — is being excavated. Formerly a Canaan city-state named Leshem or Laish, the city was taken over by the biblical tribe of Dan. Looking north or west from these excavations, one sees Druze villages and the hills of Lebanon only two km distant. 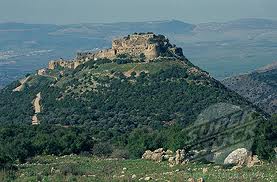 It’s often been said that anywhere you stick a shovel in the earth in Israel, you find something of interest, and it’s certainly true in the Upper Galilee. Kazrin features the remains of a Jewish town of the Talmudic period, Banyas offers the ruins of an ancient city and the pre-medieval Nimrod Fortress, and Hazor has the ruins of an ancient city that was first mentioned in the 19th century BCE and became one of King Solomon’s chariot towns in the late 10th century BCE.

The Upper Galilee is also important for ornithologists, since it lies along the Syrian-African Rift Valley, a major transcontinental bird migration route. Here, one may encounter birds of Eurosiberian, Irano-Turanian and Mediterranean origin, side by side. In early May, our tour group watched hundreds of migrating storks, circling in the sky.

“Ornithologists often stay with us in the fall and the spring,” says David Duvdevani, sales manager of the 156-room Kfar Giladi Kibbutz Hotel. “Last fall, some people who had just arrived told us that if they saw one new species in the week, their whole trip would be worthwhile. At the end of the week, they were ecstatic because they had seen 42 new species.”

Major towns in the Upper Galilee include Metulla and Kiryat Shemona, which lie near the top of the “finger” of land that points northward from the Sea of Galilee. In the middle of the finger lies Rosh Pinna, where the first settlement in the Galilee was established in 1882. 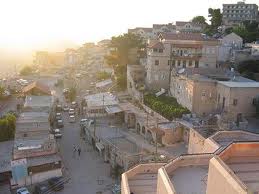 afed, which has more English spellings (Safad, Tsfad, Tzefat et al) than a jewel has facets, is set high in the Galilean mountains, with panoramic views of the surrounding countryside and the lake far below. Famed as a city of Jewish mystics, Safed was home to kabbalistic sages such as Rabbi Shimon bar Yochai (author of the Zohar), Rabbi Yosef Caro (author of the Shulchan Aruch) and Rabbi Itzhak Luria. Courtyards, stairways, arches and meandering narrow streets typify the Old City, which contains many small, historic synagogues built in memory of illustrious rabbis.

Safed has become a haven for artists, who have been attracted here by the rarified air as well as the low rents. Numerous shops sell original drawings, paintings and sculpture of local artists. One American artist, Philip Ratner, has established the Israel Bible Museum in a 150-year-old building beside the Crusader fortress, at the top of one of the city’s main hills.

Housed in the palace of a former Turkish Pasha, the Israel Bible Museum houses a collection of Ratner’s works that tell the story of the bible in painting, sculpture and graphics. The building, which has been occupied by a succession of artists, was in bad repair when Ratner and his wife rented it from the city about a decade ago; they have since put in about $100,000 in repairs, he says. “If no one would have taken over this building, it would have gone like so many other buildings in Safed — by the wayside,” Ratner says.

Apparently Safed, with a permanent population of only 21,000, has more architectural treasures than its tax base can keep in reasonably good repair. To help offset this neglect, don’t neglect to put some money in the collection box when visiting synagogues or other historic buildings. ♦