Angell and Janey Lester (nee Alexander) were living in this house at 4 Radnor Rd., Bristol, in 1911 when this photo was taken. Janey is standing outside the house holding her infant son, Lionel Lester, with her four-year-old daughter, Ida, standing in front. Janey’s younger sister, twelve-year-old Dora Alexander, stands beside them in the dark coat and hat. Dora’s father had already left for Canada and Dora and her mother and several other siblings would soon follow. But in the meantime, Dora was living with Angell and Janey.

Some of these details appear in the British census of 1911, which shows the Lesters and Dora living in the house at 4 Radnor Rd., Horfield, Bristol. I sent the photo at right to cousin Malcolm Lester, who passed it around his branch of the family. Soon he sent me back another photo of the same house: a modern photo taken from Google maps that his nephew cleverly captured off the internet. (I repeated the feat and captured another view of Radnor Rd., below.)

I also sent Malcolm a copy of a postcard that Janey sent to Dora several months later for her birthday in February 1912. “Dear Dora,” it reads, “just a line wishing you many many happy returns of the day, and from the bottom of our hearts we wish you every happiness. We received your very welcome letter, and was very glad to hear that you are getting on so well in Canada. You must do all you can to help Mother. I cannot write in words how I miss you with the children, we never thought to miss you half so much as we do, but never mind, there will come a time when we shall see each other again. Heaps of love from the children. Angell and Janie. XXXXXXXX.” 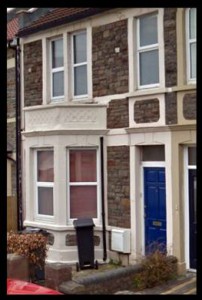 Dora, of course, is my grandmother, but not until finding the 1911 Census and various other items did I understand the precise order by which her family came to Canada. Her father, David Alexander, evidently sold their house in Bristol and came to Toronto first, about February 1911, with one or two of his elder sons; then his wife, Bluma or Rebecca, followed in May 1911 with four of the younger children. According to the British census of 1911, Bluma and a couple of her daughters were living in a Bristol rooming house until circumstances were right for the rest of the family to travel across the ocean to Canada. (Apparently the first to reach Canada had been Angell’s brother Sam Lester with his soon-to-be-wife, Lily Alexander; they were married in Toronto in 1907.)

Below, a copy of the 1911 census showing the Lesters and Dora Alexander in the house on Radnor Rd. in 1911; and a modern photograph of the street and the house as it appears today, courtesy Google Maps. At bottom, a copy of Janie’s postcard to Dora in 1912. ♦ 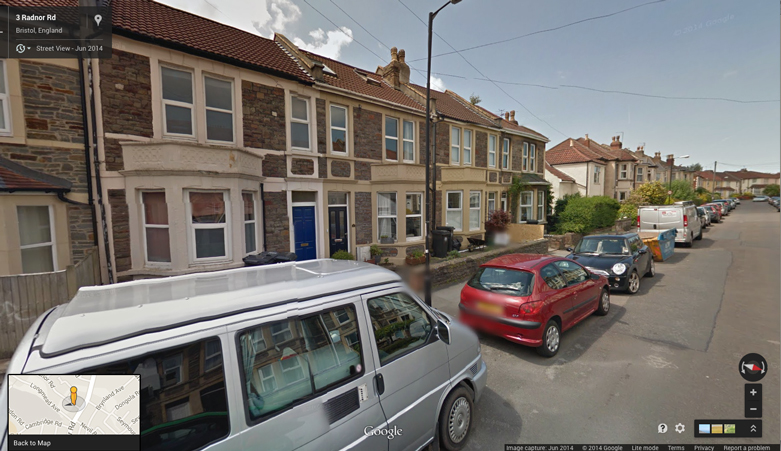 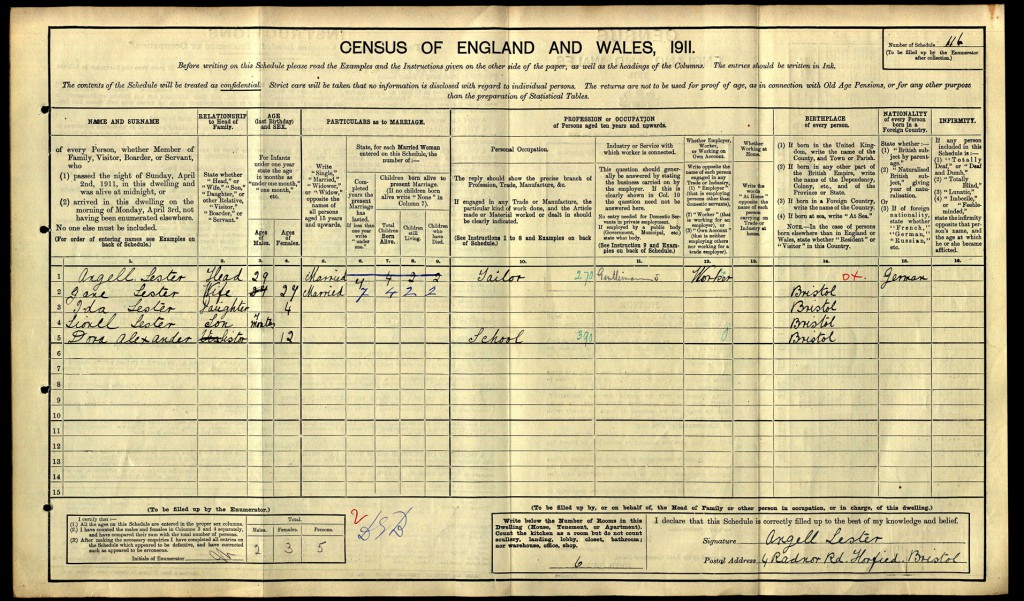 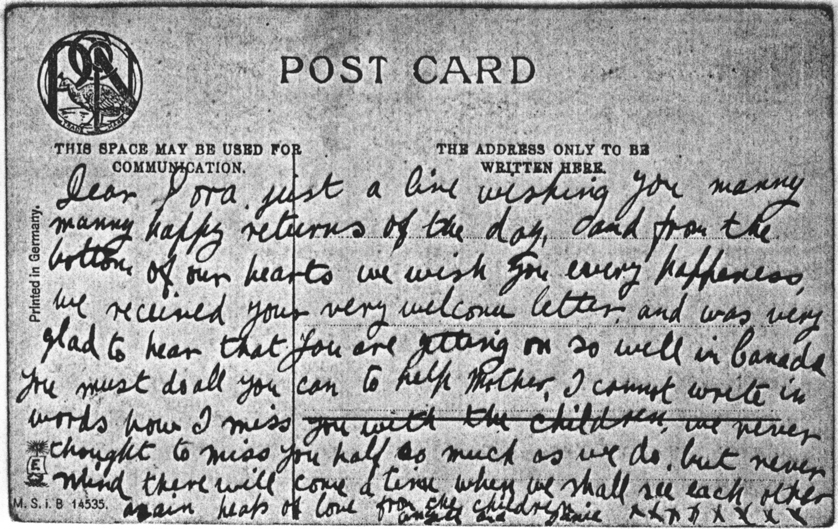