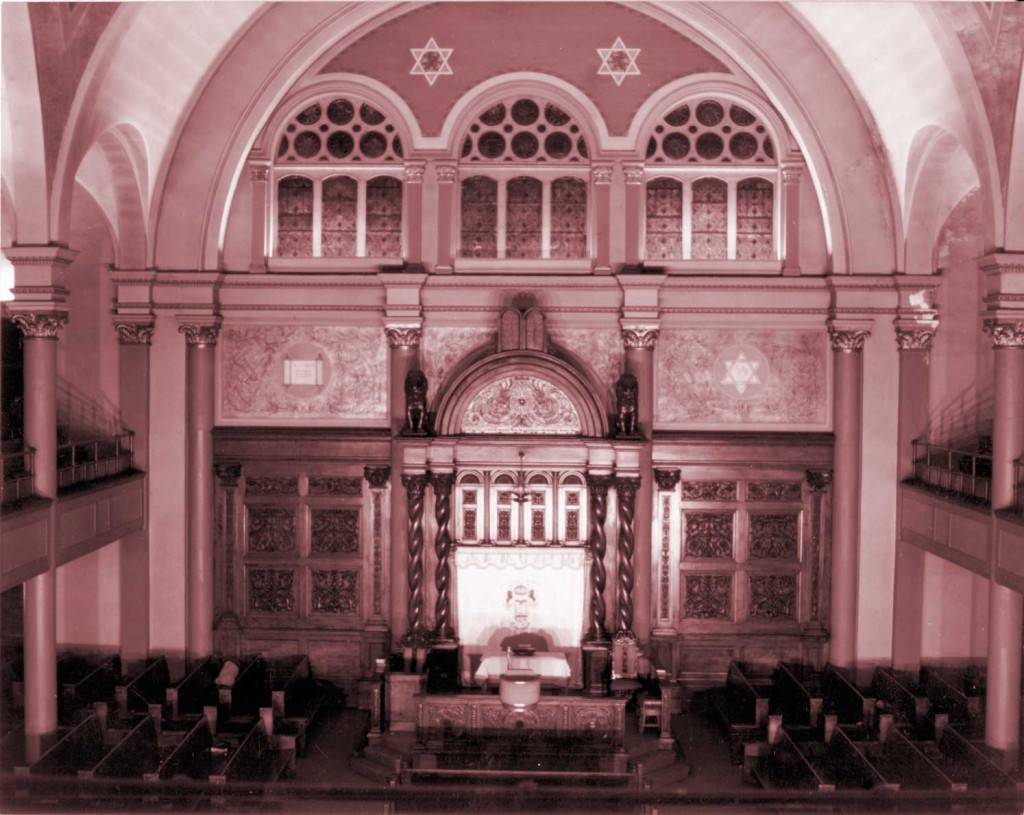 From the Toronto Evening Telegram, September 12, 1912

With impressive ceremonial, with colour and light, and music of clear yet deep toned voices, special services for the Jewish New Year were celebrated in the University avenue synagogue this morning.

Through windows within the vestibule you saw an audience of men, seven hundred in all, filling the auditorium to the doors. Light from stained glass and electric globes fell on the black hats and coats, each of the latter with a white silken or linen shawl about the shoulders.

Some of the linen coverings nearly covered the figures of aged men and it lent an added touch of weirdness to the scene to learn that these snowy coverings represented the clothes of the grave. 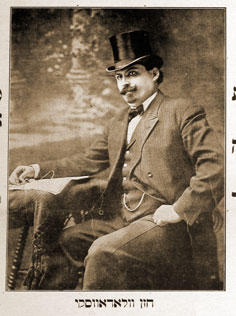 In the centre of the synagogue stood Cantor Wladowsky, said to be the most famous Jewish sacred singer in America.

About him were several boy singers. The clear tenor of the cantor followed by sweet childish tones and again by the deep notes of men’s voices, rising higher and higher till the building rang, was wonderfully impressive.

“This is the day of judgment,” came in the voice of the cantor, and the congregation answered:

“But penitence, prayer and charity can avert the evil decree.”

Sitting or standing, many women in the gallery followed the prayers without taking part. The whole service lasted about two hours, beginning at eleven, and during its continuance the “blast from the ram’s horn” shook the building.

Cantor Wladowsky who has been until recently in Chicago is to remain with the University Avenue Synagogue for three years, at a salary of $3,800 a year. Some of the boy singers of this morning came with him from Chicago.

The special services will continue the greater part of today and tomorrow and tomorrow afternoon there will be from the University avenue synagogue the procession to the lake to take part in the “casting away of sins.” ♦