Anyone with the surname Eisen (which means ‘iron’) knows that Jews have had an historic involvement in the steel trade.

From Shtetl to Milltown: Litvaks, Hungarians, and Galizianers in Western Pennsylvania, 1875-1925 by Robert Perlman is a thorough local history that chronicles the rise of various Jewish communities in a sprinkling of towns in and around Pittsburgh. The places in Western Pennsylvania where immigrant Jews took root include McKeesport, Donora, Homestead, Ambridge and New Castle — all “towns where steel was king.”

The opening chapters concentrate on life in the Old Country in the late 19th century: the Old Country being, variously, Russia, Russia-Poland, Hungary and Galicia. The book describes how they were changed by America. They became more liberal in their religious life, but retained some of their old ways. Rather than go to work in the mills, most also retained the sorts of professional callings they had held in the shtetl. In America, they sold groceries, meat, furniture and insurance to millhands — Magyars, Slovaks, Poles and others who had been their customers in Europe. 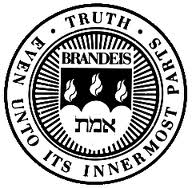 To help him tell the story, Perlman, a professor emeritus at Brandeis University, relies upon interviews, oral histories, family memoirs, census data, citizenship papers and local histories. His concluding chapter begins with the observation, “The transition from shtetl to milltown turned out for the Jewish immigrants to be a continuing balancing act not unlike the man on the roof with his violin.”